If you were not to look at their online profiles, Sean Regan, Alex Hay, and Paul Bovenkerk of alt-indie band The Spitfires, could easily be mistaken for an archetypal brit-rock/pop band from as far back as the 90s. Frontman, general manager and booking agent Regan (an Englishman) has clearly brought his root influences to his Australian bandmates, who currently reside in Perth. 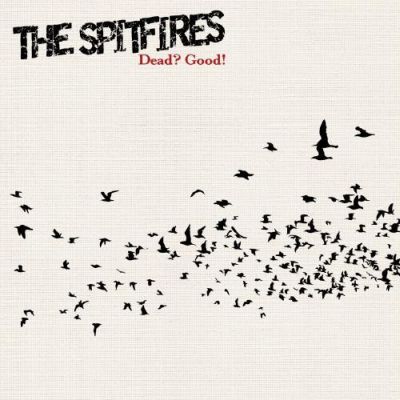 When listening to their latest EP ‘Dead? Good!’, it is apparent that they have cemented their style as the five tracks flow from beginning to end. They have taken Brit elements of old, encompassing Blur’s British middle class, relatable lyrical flair, with the punchier, punkier edge and ethos of the likes of The Arctic Monkeys. This is also integrated with reflections of Keane (especially the vocals of Regan) and guitar driven melodic showmanship in fifth track ‘Ravensthorpe’ which is comparable to that of even the Chilli Peppers’ best work. As the disc is so well constructed to this genre, it is quite hard to believe that they hold their first UK gig today (May 6). They somehow make the material their own, with every track feeling refreshing rather than cliched.

As with many EPs from unsigned, established bands, parts of ‘Dead! Good?’ could be better recorded with parts of track four ‘Jumped’ for example, sounding more like a live gig than material recorded in a studio. However they can be forgiven for this as their talent pushes through the production struggles that larger, more established bands don’t have to contend with. This talent makes the whole record, from the opening intro of first track ‘Shallow Grave’ right through to the last instrumental seconds of ‘Ravensthorpe’ a success.

The band can be proud of this, their second effort, as they have obviously amalgamated their sound since the debut EP ‘Firestorm’ in 2009. They manage to strive through it with little tarnishes to speak of, always staying sincerely true to the sound that they obviously love and do well. Here is an example where instrumental, vocal and lyrical elements mesh together to maintain steady interest, thus creating further interest as to where the band will creatively go from here. One to watch.