Following their previous success, ‘The Twilight Saga‘ is due to release its latest instalment of musical diversity. Released on the June 7, ‘The Twilight Saga: Eclipse‘ is set to be the most popular (and commercially driven) soundtrack yet featuring the musical stylings of Muse, Florence And The Machine and Metric. 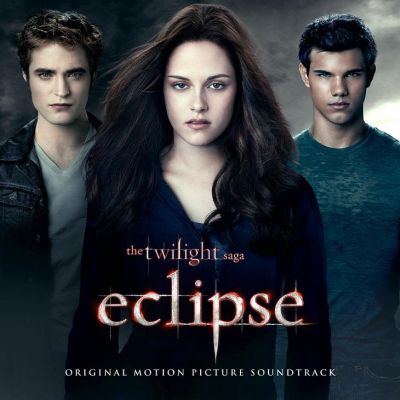 Looking in depth at this album as a whole, the listener can begin to hear the usual cross-genre alt-indie-rock sounds springing up as in previous soundtracks. There are the expected beautiful melancholy tracks with heartfelt musical intonations and an equal spread of upbeat songs to keep most everyone happy.

It seemed inevitable that Muse would feature as they have on the previous two soundtracks, new track ‘Neutron Star Collision’ is a wonderful addition to the third film and will no doubt contribute to its success. The song itself is packed with thought-provoking melody to accompany the well thought-out musical score and catchy melody lines.

An up-and-coming artist to watch out for would have to be Metric and their contribution, ‘Eclipse (All Yours)’. From the beginning this song will stick in the subconscious. The vocals are so mesmerising and the tone so passionate making this a song our standout. The combination of musical accompaniment and Emily Haines‘ talented vocal stylings make for a truly hypnotic track.

Meanwhile, ‘Jacob’s Theme’ is an instrumental that will play to the hearts of the audience. As such a quintessential part of the film, being a character’s theme song, it has a reputation to uphold, one wrong note and it’s history. Howard Shore has created a beautiful piece that will captivate audiences worldwide and it makes a credible addition to a well thought-out soundtrack.

As a fan, if you are more into skyscraping alternative pop sounds then ‘The Line’ by Battles is the song for you. With a frankly weird but ultimately catchy melody from the first second, the quirky lyrics and tribal beats only add to the positive genius of it. With its variety, ‘The Line‘ will lift you up no matter what mood you’re in and that’s a promise.

To accompany a movie with such a dedicated fanbase is a hard task and the music can make or break a film as we all know. The bigger names (Muse) will bring the fans in and the less known artists (Battles) make the compilation special. The previous soundtracks for the film were decent, but we think this latest instalment takes it up to a whole other level and will have followers from all over the world celebrating the success of a much admired franchise.