Having shouldered the burden of being contemporary metal’s brightest shining hopes of the last decade, it was inevitable that something had to give for Trivium. Following the commercial success of, but critically divided responses to previous albums ‘The Crusade’ and ‘Shogan’, combined with the departure of drummer and founding member Travis Smith last year, many critics feared for the band’s future. Fast-forward to 2011 and with new drummer Nick Augusto safely in the fold, Trivium return with In Waves, their fifth full-length album. 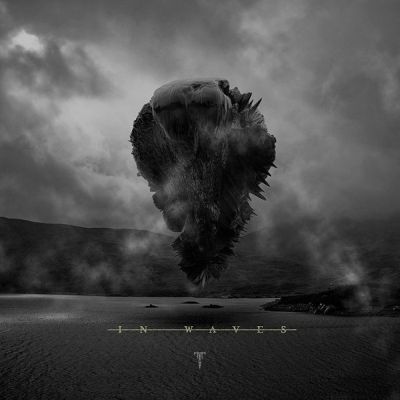 Whilst having always displayed a musical aptitude far beyond their years, ‘Chaos Reigns’ and ‘Leaving This World Behind’ demonstrate how the band have taken matters musically and vocally to the new level. Paolo Gregoletto’s thundering basslines growl with menace across the tracklisting, underpinning Heafy and Corey Beaulieu’s layered riffs with a purposeful focus, whilst Heafy’s vocals, whether clean or screaming, have never sounded so strong.

And it’s this sense of focus, rarely exhibited so consistently since their 2005 release Ascendancy, that makes In Waves such a hard-hitting achievement. The concentrated effort evident behind each track makes the album as a whole a powerful statement of intent, a suckerpunch of vitality into the genericism of American heavy metal. Trivium’s sensitivity to the contemporary trash and metalcore scenes is equal to their acknowledgment of their influences, whilst avoiding becoming another fawning homage to Metallica or Machine Head. ‘In Waves’ is completely their own, a band finally meeting their own high expectations.

Despite having never veered completely off track throughout their career, ‘In Waves’ is Trivium’s ascendancy of their prodigious roots, a triumphant rising from the ashes as a fully-formed metal behemoth.