If you thought grunge was gone forever, think again. While the old guard is reforming (Soundgarden, Stone Temple Pilots and Alice In Chains), a new generation of artists is emerging out of their influence. 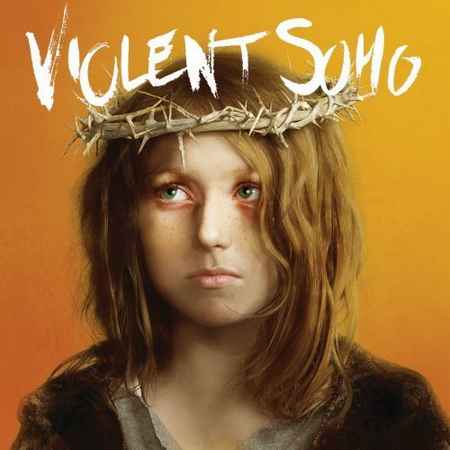 This includes the Aussie quartet Violent Soho. Formed in 2004 and signed to Thurston Moore’s Ecstatic Peace! label in 2009, they have just released their second album. The self-titled project, which builds and elaborates on material from their first album ‘We Don’t Belong Here’, shows a band coming of age. The boundless energy of their relentless tour schedule has seeped into this collection of raw, powerful and ridiculously enjoyable tracks. The album’s opener, ‘Here Be Dragons’, begins with a catchy bass riff that quickly releases its pent-up energy in an explosion of driving beats and anger-fuelled vocals. Frontman Luke Boerdam alternates between screaming and gravelly vocals to set the perfect mood for a grunge nostalgia trip. The following track, ‘Jesus Stole My Girlfriend’, sounds something like Fountains of Wayne being blended with Nirvana. And it works!

Inspired by the band’s experiences of growing up in the Australian Bible Belt, this comic single has already packed a punch in the US Rock and Alternative charts. The next three tracks revert to the heavier sound of ‘Here Be…’ It’s all distortion and angst as Violent Soho crash through ‘Son of Sam’, ‘My Generation’ and ‘Muscle Junkie’.

At the centre of the album lies ‘Outsider’. True to its name, this ballad breaks away from Violent Soho’s high octane sound. An acoustic lead replaces distortion, Boerdam transforms his screams into clean melodies and strings are even thrown in for good measure. Showing off the band’s surprising versatility, ‘Outsider’ creates a tranquil pause in the album’s relentless energy. But it’s business as usual as ‘Slippery Tongue’ gradually cranks the volume, overdrive and anger back up to reach the aggressive heights of ‘Love is A Heavy Word’ and ‘Bombs Over Broadway’. The finale of the album, ‘Narrow Ways’ is an intricate and melodic track, despite being slightly spoiled by Boerdam’s out of tune opening vocals. But then, that never stopped Kurt Cobain.

The musical quality of the band is sometimes undermined by mediocre lyrics, like ‘Muscle Junkie’s refrain, “I hate your face“. Nineties grunge this is not. But lyrics aside, Violent Soho’s sound should make anyone with a taste for fuzz, heavy rhythms, infectious riffs and angry vocals very happy indeed. Their offering is nothing new. But who wants new when old sounds this good?