CD Review: We Are Carnivores – ‘Carnivals’

Fresh off the back of their triumphant win at the Selby battle of the bands we get the chance to review We Are Carnivores’ ‘Carnivals’ EP, and while we wouldn’t want to further inflate their dangerously large (not really but more on that later) egos, it has to be said that this is another tick in the YES! column. 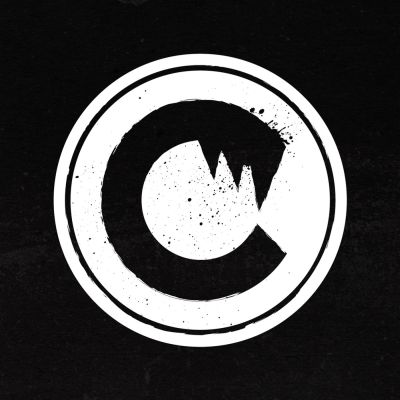 We Are Carnivores are an unashamedly young, brash and snotty Hull-based mob with an incredibly bright future if this EP is anything to go by. The title track is a great opener to any EP with a catchy-as-a-really catchy thing chorus, but it’s the subtle little moments strewn about the track that hint at the band’s experimentation which really raise the eyebrow. There’s a brief but discordant lead into the chorus that, in a lesser band’s hands, could feel out of place but WAC hold things in place with great deftness. There’s even a nice display of technical guitar work from James Pickersgill which is clipped at just the right length so as to not outstay its welcome.

Second track ‘Missing Resonance’ is a blatant lie, for there is no resonance amiss here, and we fear the opening riff may never be uncoiled from our cerebrum. It’s a deceptively simple tune that we would argue reveals that this band are actually doing something pretty special. Think of those lovely off-key (sometimes even out of tune) notes that many of the heftier post-hardcore acts love to utilise to near seizure-inducing lengths. Now imagine them moulded into melodic blasts. Think picking your favourite notes from a Dillinger Escape Plan album and turning them into manageable rock nuggets that you just want to dance to, and you’d get somewhere close.

Harry (who spent most of the summer cooped up mixing the EP) Christopher’s vocals drip with personality and, while it may be a little too much for some, the way that they are foregrounded on ‘Bitten’ marks a well-chosen change of pace at the midpoint of ‘Carnival’. The pace may slow but there’s enough weight behind the track from Damien Ward and Scott Pashley (bass and drums respectively) to keep your foot stomping into ‘Master Baiter (The Real Me)’. Even this deliberately adolescently-titled number can’t hide the truth that there’s a good deal more to WAC than their claim of being “four regular chaps on a poon quest of a lifetime” would suggest.

EP closer ‘Genius’ could well be used as a summary for the band as a whole. The lyrics swing from impetuous youthful bragging, to heartfelt admissions of insecurity and, while this debut does suggest they deserve their swagger, it’s no bad thing to see a hint of a vulnerable side. In fact, one of the things that makes WAC so likeable is the personality which is evident everywhere on ‘Carnival’. There’s a tendency in a great deal of contemporary music for the artists to try to pass themselves off as far more intelligent than they actually are, and it’s always refreshing to find a group of individuals who are clearly more intelligent than they’d like to let on.

If pushed to find some criticism (hey, that’s why we’re here) you could argue that it would be great to see the boys loosen up a little and let themselves go even further. There are healthy doses of creativity all over this Carnival but it is all held together in a very deliberate structure. Hearing the band loosen the reigns could be a very exciting thing, but perhaps that’s something best left to live shows and a future full-length. After all an EP is a very delicate ecosystem and ‘Carnival’ has a balance it would be tragic to go and upset.

In some ways it beggars belief that this EP was recorded in the space of a week using the facilities at Hull University. Equally though you could argue that it’s in those tight bursts of creativity that the most striking and lasting works of art are created. When revealing their gratitude about the facilities their shared status as music students affords them, the cracks in the façade of their brash arrogance begin to show: “We all feel pretty lucky that we have such facilities at our disposal; we can book it out any time any day of the week for free! If we didn’t have that we just wouldn’t have been able to afford it and it meant that we could spend a bit of money getting it professionally printed.” See they are humble and lovely lads really…but shhh don’t tell anyone.