“Derby’s greatest new band” (so another ‘zine proclaimed them) follow up their hugely well-received self-titled debut with ‘Horizons’.  It’s not an easy burden to shoulder.  Think about it, you launch your debut and sit, clutching your favourite teddy bear, awaiting the reviews. 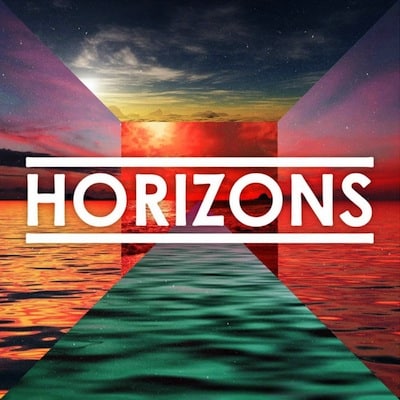 What will people say?  What will people think?  Is it weird I’m a grown man and I still cuddle my teddy bear? (No, no it’s not).  And then bippity boppity boo – the critics love it.  It must be an incredible wave to ride (success-wise I mean, not surfing – not that I’ve experienced either), all that affirmation of your talent and creativity.  But then the inevitable happens: somebody demands a second one.  So, difficult second album then?

The truth is Whitemoor still have all of that talent, skill and creativity that made their first release so successful but, in the end, ‘Horizons’ left this writer a little cold.  Not freezing and in need of mittens and a hot toddy, but chilly enough to reach for a jumper and some fingerless gloves. The album kicks off with first single ‘High Lights’ and as luck would have it, it really is a highlight. It’s a strong opener that sets out a very clear indie-rock vibe.

The following two tracks sparkle with the polish of immensely clean and accomplished production, and the indie faithful will appreciate the laid-back tempo and honey-smooth tone, but there’s not a huge amount to distinguish between the two of them.  Then ‘Embers’ gallantly appears on a shining white steed waving a welcome banner of difference.  Here they allow the electronica to come to the fore and it adds a welcome layer of interest to proceedings.

Track five then draws the album back to its mellow pace, and to be fair it’s a track you can picture a sea of muddy, smiling faces swaying to in front of a Glastonbury stage. It’s accomplished, it’s warm and it’s produced to the level of crystalline clarity and perfection that characterises the entire album.  This is reiterated on ‘My Philosophy’, but such a finely-tuned pitching of mechanics and sounds, while certainly professional and accomplished, can also polish the life out of art and leave things sounding, sadly, rather bland.

‘All I’ve Ever Known’ finally nudges the pace up a notch and also features Motormouf, adding some needed diversity.  It’s a much-appreciated spark of life, but we could perhaps have done with some full-blown flames at this point.  The album closer starts with some acoustic strummery and builds to a suitably rousing crescendo.  It’s a strong track and shows what we don’t doubt for a moment: there’s a hugely bright future ahead for the Derby boys.

Whitemoor are still in the early throes of what will, in all likelihood, be an incredibly successful career.  They are gazing at the horizon on this second album and treading water safely. If you find yourself with an indie-rock itch you need to scratch then this will more than do the trick. Again, this writer may be keeping gloves on, but wouldn’t be surprised to find you stripping to your skivvies for this one.