Gay For Johnny Depp – ‘What Doesn’t Kill You, Eventually Kills You’

Home » Gay For Johnny Depp – ‘What Doesn’t Kill You, Eventually Kills You’

To call Gay For Johnny Depp’s second release a “full-length” album, would be a bold claim, as the music on ‘What Doesn’t Kill You, Eventually Kills You’, lasts just shy of 22 minutes… 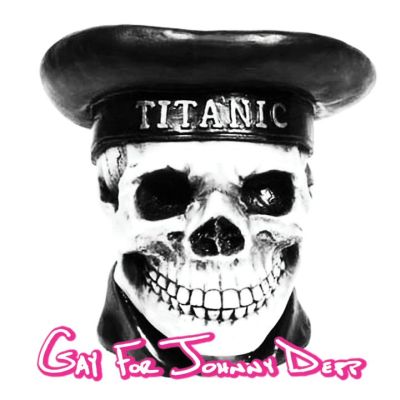 The short running length just intensifies the hardcore punch in the face that you endure whilst listening to the record; but unlike other punches in the face, you welcome it back again, and again. In the past, GFJD have been labelled “spaz-core”, but this album has its foot firmly rooted in a more traditional hardcore sound, even though at times the technical guitar riffs and fast drum beats do resemble that of the genre, or if you prefer the more PC term for it, “math-core”.

For fans of hardcore music fans, amongst a sea of heavy bands that take themselves far too seriously, this is the circle-pitting, arm-thrashing album you have been searching for. The sounds that come from GFJD are refreshingly aggressive and raw, and some of the tracks on this album hint at a mature side to the band, when the music slows down (only slightly), to reveal another string to their bow. GFJD probably hate having this brought to their attention, but it comes across in their music, album covers, tracklistings and lyrics and as if they don’t take themselves very seriously. Tracks such as: ‘She Has The Hottest Limp’, ‘Suckcess’ and ‘Nine Inch Males’ are all good examples of track names, which unfortunately don’t make us laugh or entice us in to listen.

This is a shame, because these contain some of the most interesting moments on the album, often impressive vocal performances and sporadic twisting guitar melodies. To the untrained ear, the songs could sound similar. All of the tracks begin with the same high-tempo distorted noise of the preceding song, and end in very much the same way; you can end up slipping into that untrained state of mind yourself, and the edges between songs can begin to blur. If the album were any longer, or less tidy, it would be at risk of getting boring.

This said, on further listens the puzzle pieces start arranging themselves, and most of the tracks have some stand out moments that set them aside from the rest. We are not sure if GFJD intended it this way (or if they ever intended anything to ever be any way for that matter), but the stand out track for us, is their take on Slade’s ‘Come On Feel The Noise’ [‘Cum On Feel The Boize’]. Keeping it simple, but adding the GFJD layer of extra tech-spice, gives the song new life. Hearing the cover was the moment that this scribe clicked with the GFJD sense of humour, and it was this that prompted me to listen to the album again.