CD Review: Jezebel – ‘The Sting In The Tail’

Home » CD Review: Jezebel – ‘The Sting In The Tail’

A band with a serious passion for Rock ‘n’ Roll, Jezebel know just what musical notes to hit to make your ears itch and get your attention. Consisting of Jay Lei (lead vocals, guitar), Jim Cullen (backing vocals, bass), Marcus Parr (backing vocals, bass) and Tim Colwill (drums), the band have the ambitious aspiration to bring their style of music to the forefront of the public music sphere. With a new EP coming out, they seem to be stepping ever closer to their goal… 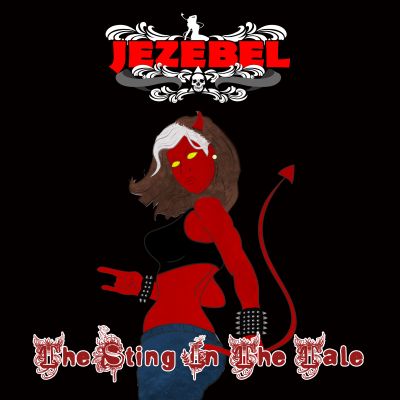 From the band’s motto, “It all falls down to this: rock ‘n’ roll”, it’s not difficult to believe that the band generate classic rock. It is evident that they have been strongly influenced by the likes of Guns ‘N’ Roses, Velvet Revolver and AC/DC. Think ‘Wayne’s World’. Lei brings his zeal for the genre to life through the passion you can detect in his raspy voice; a voice which brings that raw rock feeling, but without the masculine gruffness. Although nothing startling, the main melody in each of their songs is catchy; the musicians are noticeably capable.

‘Psycho’ is a fairly low tempo song held up by a pretty tame drum beat. From the guitar solo onwards it’s as though the guitarists were itching to unbuckle their straight jackets and speed things up all along, desperate to demonstrate their ability to bang away on the drums.

Even the ballad of the EP, ‘Running Free’, can’t stick to the slow tempo for long. Although it starts off as a painful limp rather than a run, less than halfway through they add a bit more weight to the song in a stylish way. At over six minutes long, there’s plenty of guitar, though probably enough material for more than just the one song. In the studio, the long-haired rockers definitely mix their tunes to focus more on the instruments rather than the vocals, so if you prefer the vocals turned down and the instruments turned up, then this may be the band for you! On the other hand, if you like to sing along then you may struggle to work out the lyrics.

As for their track ‘Sting In The Tail’, the band has unsurprisingly gone for another fairly slow tempo song with another impressive guitar solo. ‘All Night’ is the speediest of their songs, with some rather good guitar riffs and quality drumming. Listening to this particular track it’s easy to imagine the band rocking out on stage somewhere in a basement filled with their fans.

With those influential legends still out there – and many of them continuing to churn out masterpieces – this is an incredibly tough genre to master, so can Jezebel fulfil their aim? Well, they still have some way to go, they are on the right track.

[Ed: the music maybe good, but the cover is terrible…]