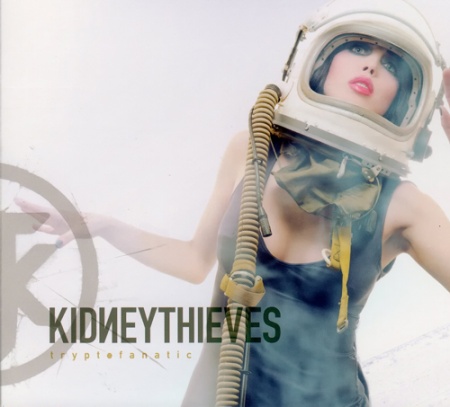 The band’s last release came out six years ago and fans have been left waiting since then for new material. They have once again created accessible and melodic tracks you can dance (and sing) along to while still retaining the grit and energy of quality industrial rock music.

Opening ‘Trypt0fanatic’ is ‘Jude (Be Somebody)’, an immediate fan-favourite and a perfect introduction to the rest of the attitude-laden and beat driven tracks. ‘Beg’ is another aggressive slice of tasty death-pop that will instantly lodge itself in your brain.

‘Comets and Violins’ meanwhile is articulate and utterly haunting in its delivery – it has a latent energy and is the kind of song that makes you stop whatever you’re doing, wherever you are, so that you just…listen. Another favourite ‘Lick U Clean’ is deliciously deviant with great hooks and we think it’s a crime that this one hasn’t become a staple within alternative clubs over here yet.

Each track on this is put together with thought and consideration; the lyrics are much deeper than is normally expected from a typical industrial band, making Kidneythieves very accessible – a band that makes you move as well as pay attention.

The album as a whole has a grown-up feel to it – real songs with genuine focus. Kidneythieves have become the thinking (and dancing) person’s industrial band, if you will.