It’s a freezing night, in a freezing club, but it’s an important event – the Leeds University Union Gothic Society showcase and the Subculture is, as always a welcoming home to the city’s alternative community. 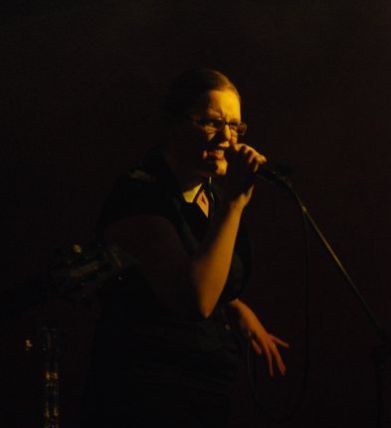 Firstly, credit has to go to this group of students who are making a good effort to raise the profile of the goth scene in Leeds. We’re looking forward to attending more of these shows.

Like true Brits, the first band on the bill, Sheffield’s The Silent Age, cancelled due to the sprinkling of snow we had the previous night. So, the night starts off with Alice Moving Under Skies.

Considering how new this band is, they’ve already got a quite a bit of attention through the phenomenon that is Facebook and we can see why – the concept is quite appealing, but then again Alice in Wonderland references will often gain interest.

Their opener is pleasant, though not particularly groundbreaking,  however when they kick into the riff for their second track, it has completely unexpected undertones of 90s band Republica, which smashes our original thoughts. Throughout their set, the style is varied and their songs have the right mix of gothic-electro and heavy guitars. Their greatest asset is definitely singer Penny Dreadful’s impressive vocal range that stays constant throughout their fast set. Considering how complete they sound tonight and on record, it’s disappointing that they’re somewhat lacking in stage presence. 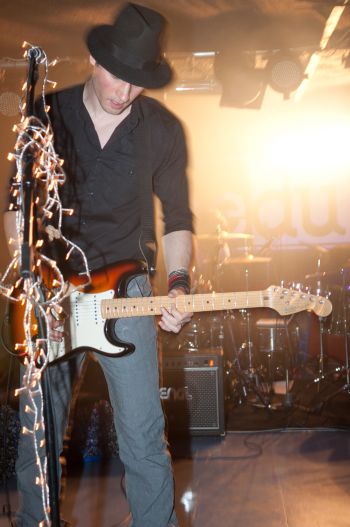 Headliners, GLASS, on the other hand, certainly know how to handle the stage – it really shows when a band is passionate about the music that they make. The York-based act also remind us just how much we love bands within this genre that use real drums. The four-piece are instantly likeable and watchable (with impeccable dress sense we might add), and they give an energetic, angst-ridden and solid performance. Their rocky brand of post-punk style is nicely topped-off with Alexander King’s vocals that are on just the right side of the new wave genre to make this band distinctive. In this scribe’s personal opinion, GLASS have much more of an edge when they play live – they sound so much richer and even catchier than they do on record. Hopefully the band can capture some of this raw charisma and inject it into their future albums.

The night ends with weekly Black Sheep club night – a good mix of industrial, 80s and goth to please our ears as we wrap our coats around us and order more drinks to warm our cockles.