Machine Head – ‘Unto The Locust’

It’s a rare band that sticks to its guns while, simultaneously, bringing something new to the party (and if you like your metaphors mixed, how’s that for an opening line?). The Oakland steel string quartet is such a band. 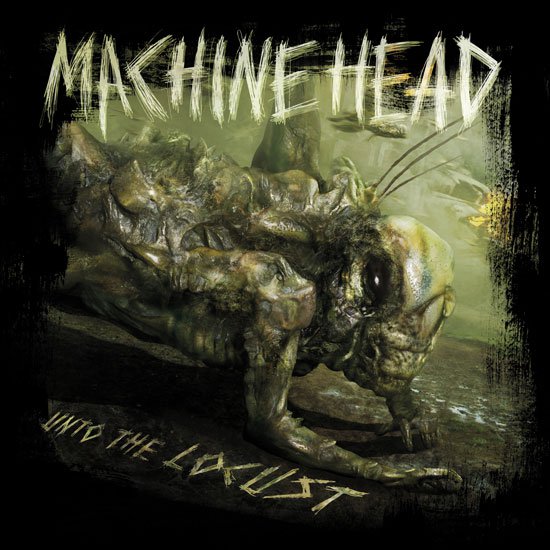 Yeah, there is here much that is standard for Machine Head but rather than record ‘The Blackening 2’, Flynn and co have pushed new boundaries of complexity and depth. And if, like Black Country Communion’s ‘BCC2’, some of the accessibility and immediate appeal of its predecessor is missing, there is ample compensation to be had from the new discoveries thrown up by repeated plays and a growing familiarity.

‘Unto The Locust’ is technical ecstasy of a very sophisticated and satisfying nature and the near nine-minute, three-part journey that is, ‘I Am Hell’, opens the album in as uncompromising a manner as one could imagine. Doom-meets-thrash, with Flynn darkly intoning his opening lines in Latin, makes for a refreshingly different Machine Head.

Nice, too, to see an entirely undiminished sense of irony at work on the excellently-titled, ‘Pearls Before Swine’. Appropriately, the album’s most oddly-constructed song, it nevertheless has an odd appeal that its rank outsider status does little to spoil. Akin to reporting that cars have four wheels, It’s somewhat redundant to observe that ‘Unto The Locust’ is crushingly heavy. However, for those seeking reassurance that 2007’s ‘The Blackening’ hasn’t been followed by a complete Opeth-style prog-out, consider yourselves duly reassured.

If you must make comparisons, there’s a credible argument to be made for this being Machine Head’s ‘And Justice For All’, albeit with vastly superior production. Like that genre-defining release from 1988, this, too, takes full advantage of its songs’ lengthy running times to explore myriad changes in pace, mood, key and time signatures to ensure boredom is simply not an option.

Comprising just seven songs, only one of which clocks in at under six minutes, one finds that highlights and favourite moments are not so much specific songs themselves, as sections and segments of songs. This is not a criticism, you understand, merely an observation and one, quite possibly, likely to change as awareness via continued exposure increases.

A fine release indeed skillfully blending thrash, post-thrash and a more expansive musical expressionism, ‘Unto The Locust’ can safely be said to be as much a career-highlight as ‘Burn My Eyes’ or ‘The Blackening’. It isn’t always the easiest listen, particularly on a first play, but your patience, open mindedness and willingness to embrace something a little different will be amply repaid.

A winner and no mistake, this is excellent stuff to be sure.