The New York Dolls are famed perhaps not as much for their music but for their chaotic blend of party punk personas. They’ve just unleashed their never-say-die attitude for their fifth studio album ‘Dancing Backward In High Heels’ and whilst an argument could be made that it is simply not the New York Dolls without the late, great, Johnny Thunders we are not here to argue that cause. Instead, we are fighting hard in the corner for the vocalist David Johansen, Guitarist Sylvain Sylvain and long-term drummer Brian Delaney who rocked up in Newcastle Upon Tyne (Newcastle you say?!) to record their third record since their 2004 reform in a two week studio stint last September purely for our aural pleasure. 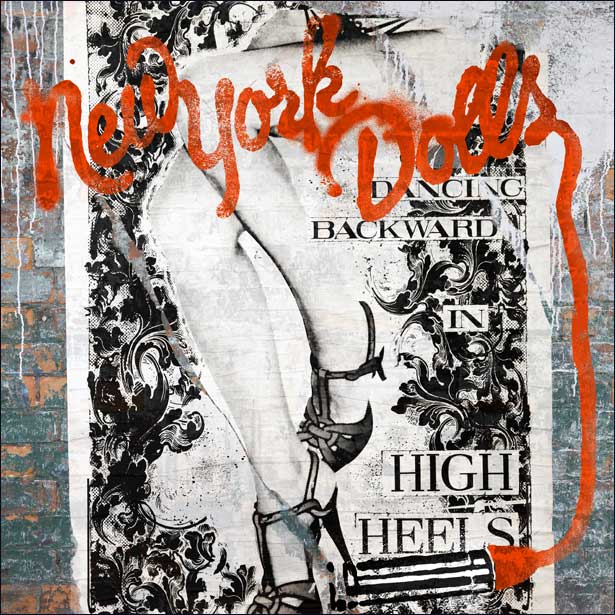 The thoroughly upbeat tracks of the album are reflected in the standalone sounding ‘Round And Round She Goes’, ‘Funky But Chic’ and ‘Streetcake’ which are jazz-fuelled and reminiscent of the swinging 60s American dancehalls. Those alongside the plentiful supplies of doo-waps of ‘I Sold my Heart To The Junkman’ take you on a time travelling adventure through eras of mo-town, drive-in movies, hand in hand sidewalk romance and go-go dancers aplenty. The mellow bluesy side of the Dolls is reflected in the sombre, ‘Fool For You’, ‘Don’t Have To Cry’ and the near Beach Boys-esque, ska-tunes vibing ‘End Of The Summer’ give you something which will have your foot tapping along to their melodic sways in no time at all.

The ‘I’m So Fabulous’ slander on New York city is the only track that does not sit well on the album – an outright attack on the fabulous darling attitude is jumbled in sound and laced with an edge of distaste. Give a band a studio and two weeks to record, you would without reserve, expect a certain lack of finesse and perfection. This album certainly reflects the punk-valued ramshackle approach in a recording, evidently brimming with no-frills rock and roll however this is not something you can hold against them as it is an album full of unashamed fun.

Whilst they might not ever actively be described as holding any lyrical prowess and the distinctive rasping vocals of Johansen mean they will never be held in the esteemed ranks of those above their ilk they are first and foremost, unashamed in pronouncing what they do well, delivering on an energised blend of punk rock and the best of the 60s and 70s. If ‘Cuz I Said So’ was a great success, then why not repeat the formula? Ever the survivors, New York Dolls have found their place and they’re here for the duration.