Outspoken Silence – ‘The Tides Will Take Us Home’

Hull-based pop-punksters, Outspoken Silence, are an eclectic sum of their various parts. And while lead singer, or stress vocalist/screamer, as Nick Cobley styles himself, seems quite happy with the pop punk label, he’s doing his outfit a bit of a disservice. 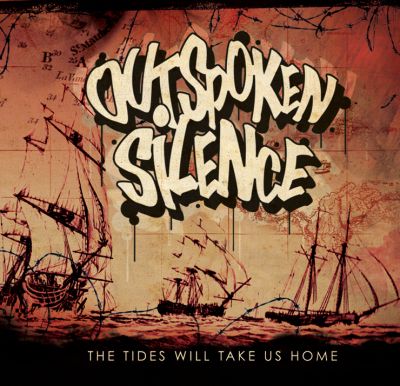 While elements of their sound do invite comparisons with Yank luminaries such as Blink 182, there’s more going on here than such flippant categorising might suggest.

The sound on their debut album, ‘The Tides Will Take Us Home’, from Hull’s own Warren Records, has a decidedly edgier vibe and a far more metallic bite than anything hitherto released by the likes of Green Day, Sum 41 et al. Hints of Bring Me The Horizon and an attack more readily associated with metalcore than commercial pop punk make for an interesting and challenging listen.

Of course, the counter-argument is that here is a band suffering from musical identity crisis and, as such, they fall between several stools. Soundsphere thinks such a view would be a tad harsh as the commitment and passion on display compensates for any such impressions.

Opener, ‘Losing Faith’, for example, with its chanted, tribal-style intro, soon gives way to an arresting minor key chord progression with compelling vocal harmonies before segueing into the oddly-titled ‘Andy Fell Asleep In Hell’ which successfully marries the aforementioned pop-punk devices with metalcore screamed vocals. There are even hints of Bullet For My Valentine and early Lostprophets in both the riffs and the backing vocals.

‘This Is Clarity’, an ironically named track for a six-piece indulging in all manner of kitchen-sinkery, is, nevertheless, a strong and well-arranged summation of the various influences held together by sheer energy and enthusiasm and it’s in the arrangements that Outspoken Silence are probably at their strongest; eschewing the more streamlined intro-verse-chorus format of their American cousins, the band create shifts of mood, texture and atmosphere by imaginative and inventive song arrangements.

The verdict? As a debut, the album holds up very well. There’s plenty of melody on offer and it wouldn’t be an exaggeration to describe some of the vocal harmonies as sumptuous. A cautious thumbs-up from Soundsphere, then.
Certainly, there is an undeniable commercial appeal here that could easily see the band hit the big time. The next big thing? We wouldn’t bet against them, that’s for sure…