At a first listen, you might be forgiven for thinking that you were listening to Hanson, had they never released ‘MMMBop’, locked themselves morosely in their bedroom with pile of My Chemical Romance CDs, dyed their hair black and learned the glockenspiel. 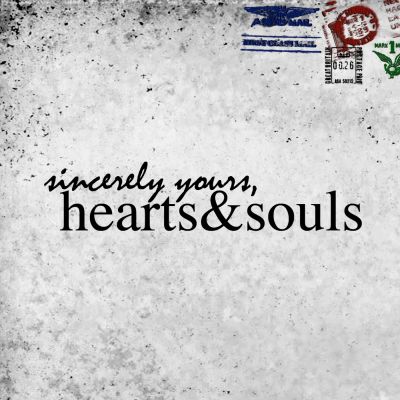 But despite some misgivings, ‘There’s Something About Francis’ has redeeming features, not least a vindictively catchy melody, chugging pop guitar and a pounding beat. The production feels almost clinically clean, making it a little too decorous to be truly haunting, but there is something sweetly endearing about the song. Perhaps it’s the frank honesty of singer Lucinda’s lyrics coupled with vulnerable vocals, which manages to portray at least a degree of authenticity to their sound. Unfortunately the glockenspiel adds nothing to the track, merely predictably hounding the vocal melody; a shame really as the song would really benefit from some extra layers and depth of sound.

The Leeds-based four-piece have obviously already begun to cut their teeth on the music scene, each member having previously played alongside bands such as Army Of Freshmen, A Loss For Words, Out Of Sight and Twin Atlantic. However, at a mere six months old, the life of Hearts & Souls is still young. It’s a debut single and it shows, as it lacks complete conviction in the delivery, but they certainly have musical ability and potential. It’s going to be interesting to see if experience can furnish them with a little more heart and soul.

The single manages to redeem itself on an aesthetic level, as the band have gone so far as producing 100 hand-painted tapes especially for the release, which includes a free digital download. They obviously possess a level of devotion, commitment, creativity and conviction to their distribution process, even if it’s not yet immediately obvious in their songwriting.

This is essentially a saccharinely-sweet, catchy angst-pop tune, from a band who could well be a guilty pleasure. Every artist is something to someone; Hearts & Souls are more than a little reminiscent of 30 Seconds to Mars et al, so if that’s your bag, then you will love this. Listen once, and you might write them off as another vacuous pop-rock act. Listen again and you’ll probably find yourself singing along, and you might just enjoy it.