From the very opening of this opus by KMFDM mastermind Sascha Konietzko and former Marilyn Manson guitarist Tim Skold it is obvious that in the years they have not worked together, none of the chemistry that was there for the MDFMK side-project has run dry. Throughout this disk you will be surprised and impressed at how progressive this sound is, and the major element of surprise comes in that the two make little use of guitars and it works scarily well for them. This takes everything these two have done together up to a whole other level. 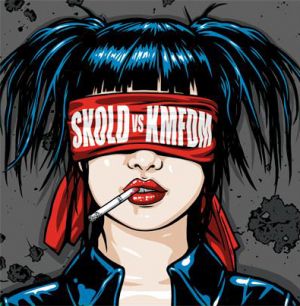 Opener Why Me? is a lesson in techno excellence. It’s pure industrial dance that would suit every kind of dark alternative night, haunting repetitive and damn near flawless. Next up, Antigeist is exhilarating and Skold’s seductive vocal qualities remind the listener just how good he is behind the mic. A cold and heavy backing provide the perfect synthetic spine to this cyberpunk tune. The sound of Skold screaming “worship nothing” will ring in your head for hours keeping the tune stuck to you like industrial strength gum.

knocks the socks right off of Combichrist’s best work with its militaristic stomp Sascha K’s hard-hitting drone and addictive tempo. It’s clear with tunes like this; these two are ready to take on all competition in the contemporary Industrial scene. After an ever intriguing Error 404 interlude (each interlude is a short instrumental based on other tracks) next, Love Is Like comes off as the standout track on here, having already been picked up to go on the telly program NCIS, Skold’s vocals are soft against the calculated background and the formula used on this one is terribly infectious and we can’t forget the lyrics “love is like a bullet in the head” – sure to win over many a fan. We challenge you, the listener not to dance to this, and we challenge any DJ reading not to pick it up for their playlist.

It’s Not What is a snotty and punk-infused mechanical beast that sits weirdly next to some of the heavier material, but it still works nicely as lead into the instrumental Love Is Like (interlude) track. A Common Enemy picks up the pace again and the harsh electronics would work very well as a live anthem should these two try to appeal to their marching black-clad minions out on the road. We can dream. 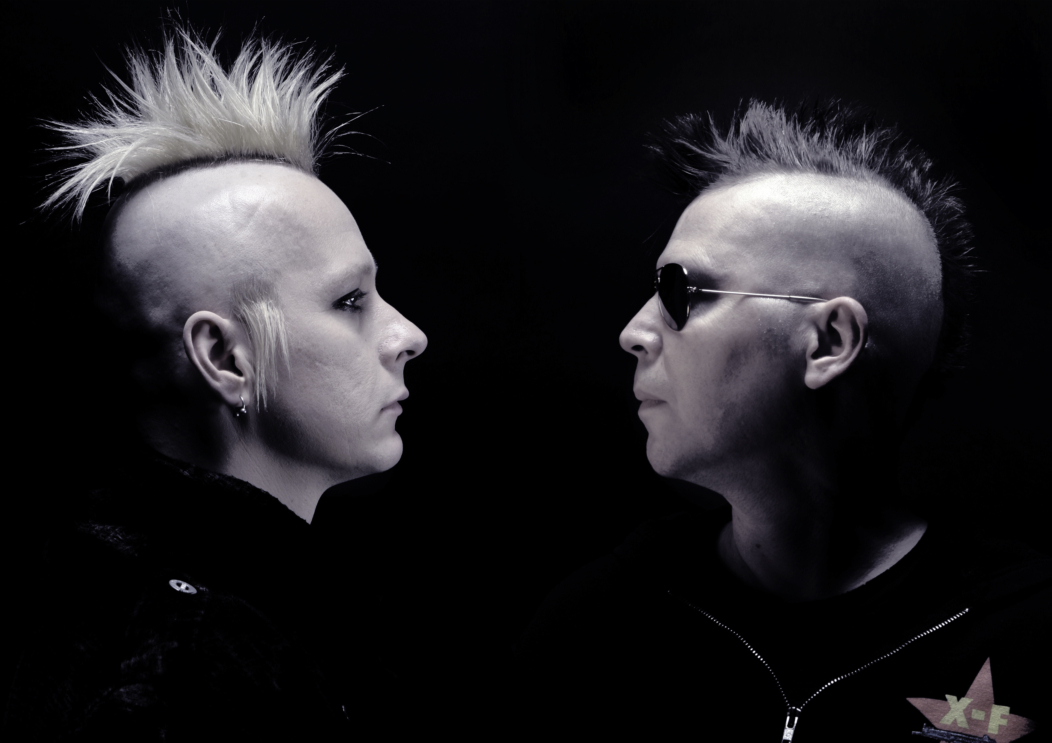 Error 404 is a very different robot altogether, strangely addictive electro-pop, that shouldn’t be but is probably the catchiest song on this, you will be surprised – we did say. It’s arrogant, well formatted and totally brilliant. Both of these artists are embracing a multitude of styles and changing their stripes on this baby. Follow-up Porn, Kitsch & Firearms propels us somewhat, back to normality with a clever and dark look at the world today backed with some cracking electronic drums. “There’s a million filthy losers for every clean winner” is the first utterance and from then on the track develops into a decadent electro ballad about disgrace.

Next up, Gromky is a real powerhouse of a track, this is the kind of material that is definitive Sascha and Skold and as such, it would have worked well on MDFMK’s debut. This is a perfect example of how both of these musicians are still wholly relevant to the Industrial and Alternative scene. Gromky is the kind of song Manson wishes he could have tapped Skold for. Meanwhile Alkohol is the real industrial opera, blending elements of old-school electronica with punky vocals for a tongue-in-cheek look at the terrors of alcoholism, and it goes down very well with an undeniably funky solo added in.

All Or Nothing turns things around once more for a defiant and epic ending to this. The back-beats are the perfect accompaniment to the synth elements that make this tune so soulful and melodic. This is completely different to everything else offered up, but again it demonstrates just how good these guys are at producing proud and relevant music.

This is a lesson in real industrial music by two real legends of the scene. Need we say more?