With little to no press available on Smile (either that or this scribe’s investigative skills suck) this review of their debut EP ‘Closer’ is going to be nothing more than an exercise in interpretation and opinion. Lean, so to speak, with all the fat usually associated with reviews trimmed off to give you optimum nutrition…he says. 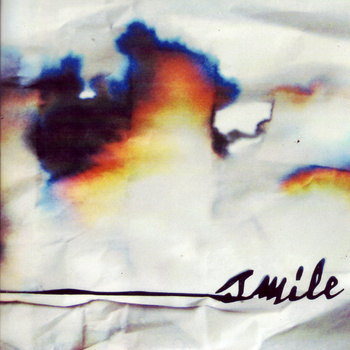 The three-man-band, formed in 2009, have had a certain amount of exposure through XFM and BBC 6 Music on the Tom Robinson Show so, now seems to optimum time to get the music out there. But herein lies the problem with this opening sentence: It is 2011. If you are in a band and you want to make a career out of it surely you need to be promoting yourself anyway and every way by using the internet and social media to your advantage – true, the band have the obligatory MySpace page, but what about Twitter, Tumblr, Youtube or Facebook? In an age where it’s near on impossible to get noticed unless you have a gimmick, Smile don’t seem to be doing enough to get their message out there. But any ways, what was I saying about keeping the review lean?

The EP is themed around relationships – the highs the lows and the in-betweens – and the bands sound seems heavily influenced by alt-rock legends Dinosaur Jr. in the use of feedback and distortion and delivery of vocals. The opening track ‘Closer’, laments a bitter break-up without being overly “woe is me” and is a catchy little tune with a nice little break of ambience among the grind at three minutes in.

While ‘Nightlife’ continues along the theme with a reminder about failed relationships and the knowledge that comes as a consequence if you heed the message, all told through melancholy, driving riffs and emotive, clear vocals. ‘Swim’ is the third track on the EP and is the standout track for us, with a catchy chorus throughout the song. ‘Karma Comedian’ rounds out the EP and the use of distorted and clean vocals throughout really adds to the force of the tune as it reaches a great distortion-filled crescendo.

So, we are looking forward to seeing what the band can produce next (though hopefully we won’t have too look hard to find it).