After being saturated by hundreds of bands (with only a few good ones) all the credible music publications claimed that nu-metal had died a few years ago, and it certainly did look that way until now. It is obvious that this year the popular alternative genre is starting to make a comeback with Rage Against the Machine, Korn, and Limp Bizkit returning this year with shows and/or new albums. 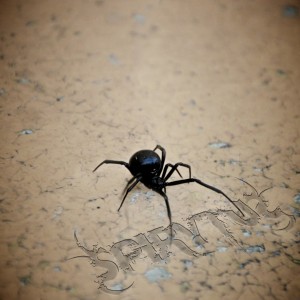 Spirytus are coming to your ears from Nottingham to make their mark on the returning genre. Their self-titled début is set to put them at equals with any of the masters we have already mentioned. When getting the singer on stage with Limp Bizkit in London last year. Fred Durst said of vocalist Ryan Walton: “He has a band called Spirytus. Remember this name…”. This time, you should probably listen to ol’ Fred.

The whole album is ferocious in terms of its delivery and impact. Walton‘s voice has a strength and quality that will shield the music from any potential critics quick to jump on the nu-metal tag. From the Chimaira-esque shouts to hip-hop-styled verses, he covers the entire vocal spectrum to his credit. As a whole though, the band definitely favours the heavier side of the alt-metal style with the majority of the songs being played on 7-or-8-string guitars.

The opening bass-line of ‘Bullet Ride‘ lets the listener know exactly what to expect for the rest of the album. It’s deep and fast – it means business. On here, the band switch between chunky Disturbed-type riffs to fast heavy flurries of energy with blast beats to please even the most hardcore of metalheads. The track even has a Machine Head-styled breakdown ready to set the stiffest of necks nodding before diving straight into a short solo.

‘TV Clown‘ meanwhile, is the complete opposite. Starting with a typical carnival funfair theme, it is the strangest track on the album. After some euphoric bass and guitar parts, the song flows into a chorus that could have been lifted straight from Korn‘s first album.

‘Heaven Hates You‘ will fly out of bedroom speakers full pelt, and it is definitely the song that will make or break this band for any listener. It switches between rapping and singing in the typical fashion. It’s nu-metal’s latest anthem. Building tension mid-song it slows down just to have Walton screaming like Disturbed did in their standout tune ‘The Sickness‘. Towards the end of the song are the lyrics: “Fly like a butterfly, Sting like a bee” which (while being a little clichéd) are, in this context begging to have a festival audience pumping fists and singing out loud.

Spirytus‘ self-titled début is a stunning display. This album shows that nu-metal never really died, it has just been waiting for a decent band to pick it out from the alternative scene’s genre gutter, and Spirytus are definitely leading the comeback in the UK.