The Empire Shall Fall – ‘Awaken’

Jesse Leach will always be known as the original Killswitch Engage vocalist, rising to recognition with the band’s second album 2002’s ‘Alive Or Just Breathing’.  Since leaving KsE later that year due to vocal issues and personal problems, Leach performed with rock supergroup Seemless until late 2008 when the band announced an ‘indefinite hiatus’. 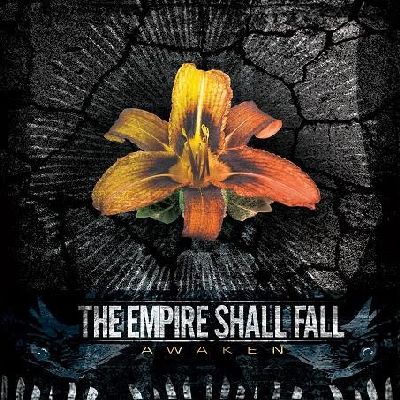 Since then, he has formed experimental metalcore act The Empire Shall Fall, completed by Jake Davenport and Marcus de Lisle on guitar, bassist Nick Sollecito and drummer Jeff Pitts. Leech’s return to a more aggressive style of singing has been welcomed by many fans, left slightly disillusioned by his recent light-rock bluesy vocals and pining for the vocalist’s glory days of yesteryear. Whilst rumours excitedly ping around the Internet regarding Jesse’s surprise appearance fronting KsE at their show in the Irving Plaza, New York on March 18th, TESF have released their debut full-length album, ‘Awaken‘.

Eight songs of blistering energy, ‘Awaken’ is an enjoyable romp through the varying genres, styles and influences that the band hold dear. Both the band’s press release and other released bios seem keen to push the point that TESF are progressive, an unusual and fluid hybrid of metal, melodies and relentless thrash. Sollecito’s background in jazz and hip-hop are recognisable in the complex compositions and interweaving themes resonating throughout ‘Awaken’, imbuing the album with buoyant optimism.

Technically, the entire album is tight. Slayer-influenced riffs are layered over pounding drumbeats and thundering bass refrains that owe much to the likes of Mastodon and Meshuggah. The crunching, frenzied guitar has its roots in early 90s hardcore that evolved into the metalcore style many of the members’ previous bands adopted. TESF proudly wear their influences on their sleeves, to the extent that the music becomes less about the polished whole and more about the individually recognisable parts. The interchangeable vocal techniques are reminiscent of Deftones, a band that perhaps more subtly incorporates a variety of musical styles to create their signature sound.

Vocally Leach is on top form, his mighty pipes ranging from deep-throated screams and punkish barking to the soaring full-bodied melodies that make his vocals so distinctive.

Inevitable comparisons will always be drawn with Leach’s KsE replacement Howard Jones, but Leach stands alone throughout ‘Awaken’ as an accomplished and mature mouthpiece for a band champing at the bit to be unleashed into the metal scene they have been clearly dedicated to for years.

Lyrically ‘Awaken’ explores the positive-message infused anecdotes Leach honed during his time in Killswitch, such as “I still believe in the strength and the power of love” from ‘The Kingdom’ and the title-track’s ‘Awaken’s “…just be yourself”. The lyrics are heartfelt and honest, yet tired forays into political scaremongering are less welcome. “Fight the real enemy, it’s the system” from ‘Voices Forming Weapons’ and the September 11 conspiracy angle of ‘Choir of Angels’ – “…how can you stand by and swallow the cover-ups and lies that took thousands of lives?” steeps the album in a pious tone that verges on preaching.

Whilst an intriguing mix of genres and musical approaches are on offer, ‘Awaken’ is a far from original release, reprising and repackaging Leach’s prior outputs with an enthusiastic ensemble. There is great potential within TESF to capitalise on the exciting promises of musical reinvention they hint at, but for now this album remains just that, an undelivered promise. The enthusiasm is palpable, the technical skill evident and impressive, but the overall result, for now, falls just short of the mark.