You would imagine this band would have some sort of quasi-gothic sound after their rather obvious namesake, but instead we are met with an ultra-modern sound that houses more of an early 00’s rock sound, of which we have heard many times before. The Mission Veo have been touring for the past four years with this album, and now the re-mastered edition looms for the newer listeners, with hope and lust melded into 11 tracks. 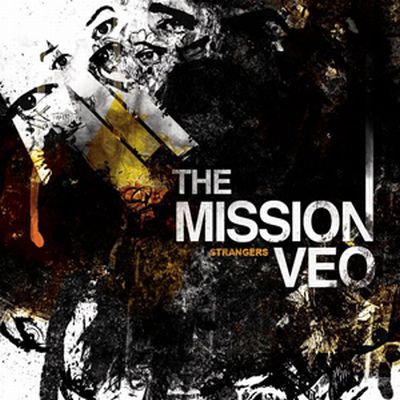 It’s hard to believe it’s taken them so long to make it big, but through determination and a well-produced piece of work, the songs sound about ready to be served up with a plate of chips and be appreciated by fans over here in the UK. Mixing synth with distant guitars and a rather nasal vocal whine to even it out, the band come out with some cracking tunes. ‘Photo’ and ‘The Jacket’ hit the right hook and make the listener want to jump around viciously – there’s a definite and distinct energy running through this material. The band’s talents however don’t seem to progress further than their single ‘New York Scum’, with each song on this release sounds similar to the last in many respects. There is however an ongoing electric element running through this, and what the tunes lack in individuality, they gain in gusto by the bucket-load. This album should be recommended to an indie club environment over here and stuck between two well known bands (perhaps We Are Scientists and The Killers?) on a playlist so that it can sit in the memory and stew there, inspiring listeners to go and check them out when they come to tour over here shortly.