The Slytones – ‘The Psychedelic Sounds Of…’

Home » The Slytones – ‘The Psychedelic Sounds Of…’

This Brighton-based band know exactly how to make psychedelic rock a genre that you need to get to know better (no matter how well you may or may not have known it before). With their new EP, the Slytones are giving you that very opportunity… 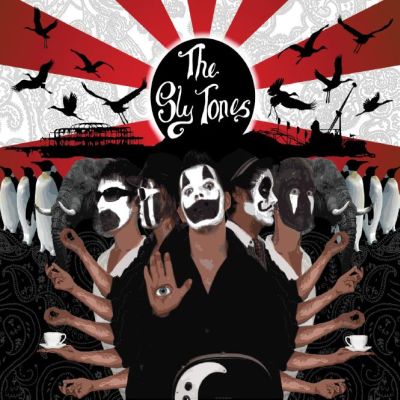 With influences in their music taken from the genres of garage and even blues, the Slytones have got their mouth-watering flavour customised for ultimate satisfaction. The five-piece band comprises Ashley Edwards (vocals / guitar), Bradley Wescott (lead guitar), Carl Brothwood (bass), Chris Phillips (keys) and Freddie Hills (drums). Through his vocals, Edwards manages to give the band a genuinely mind-bending sound. There isn’t a layer of sound that lets them down; all the instruments work together perfectly and in sync on all their tracks.

The Slytones are dynamic, knowing exactly how to get your attention. Listening to their music, you really can’t help but feel a little “livelier”; a brilliant trait this band has! The first track, ‘Goldie Locks’ has an intense introduction that lets the listener know that he/she won’t be able to stop various limbs moving about for the rest of the song.

Featuring jazz flute that Ron Burgundy (‘Anchorman’) would be proud of, ‘Captain Ketamine’ has a really “polished” feel to it; it’s a bouncy track that would not be out of place two decades ago, giving it an enjoyable and nostalgic feel. Featuring a futuristic sounding solo, ‘Sorry’ is another spot-on tune, with a first-rate, lively introduction. Throughout the song it’s very easy to imagine the band recording it and having an absolute ball! Even on their fifth and final track, ‘Like A Drug (Shaking You Off)’, they still don’t lose any of their energy or style. Going from faster to slower tempos smoothly one can really appreciate the musicianship that this band has, incorporating sounds of brass with a lot of flair!

Despite the name, there’s nothing sly in the tones this band produce; vividly colourful, with quirky lyrics and solid tunes influenced as much by Faith No More and The Doors as they are The Dresden Dolls. This is toe-tapping stuff for people that need to loosen-up and rock-out.