To Bury A Ghost – ‘The Hurt Kingdom’

To Bury A Ghost are most certainly a welcome surprise on a cold winter’s evening. Having only formed in 2009, EP ‘The Hurt Kingdom‘ is most certainly a formidable offering for a band’s first release and only begs the question of what the future holds in store for this East Midlands three-piece. 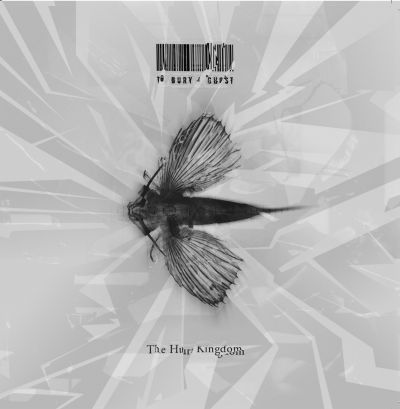 Produced and mixed by British producer Russ Russell, and looking at his previous client list which includes Napalm Death and Dimmu Borgir, as well as the band’s macabre choice of name, you’d be forgiven for thinking To Bury A Ghost are your run of the mill metal band, hundreds of whom populate the British music scene today.

However ‘The Hurt Kingdom‘ is stylish, sophisticated and sexy, combining anthemic guitars and intricate basslines suited for post-rock bands today with the ambient instrumental components which work so well for bands like Explosions In The Sky, which would most definitely not be an unfair comparison to make, as penultimate track ‘Beginning Is The End‘ suggests. Upon first listening to the haunting ‘Jaws Of Love‘, anyone with an appreciation of contemporary music will instantly notice Jonathan Stolber‘s sleek and serene vocals, authoritative yet subtle, like those of iconic Muse frontman Matt Bellamy‘s. But whilst there are many comparisons with the Devon band, To Bury A Ghost are also a three-piece and destined to have their music resonate throughout stadiums, here the comparisons end as Stolber’s drawling voice compliments rather than overpowers.

The band hit the nail of the head when they describe themselves as “art-rock”, revealing their influences to be drawn from both Radiohead and Mogwai, definitely apparent upon listening, as well as more eclectically wunderkind film composer Danny Elfman. However after leaving this EP on repeat for a few days, this scribe begins to believe that ‘The Hurt Kingdom‘ wouldn’t be so out of place as the soundtrack to an upcoming Tim Burton blockbuster. Brooding and ethereal in places, polished yet maintaining a raw edge, this EP provides five stunning tracks apt for both cosying up on these cold wintry nights or just chilling out with friends.