CD Review: True Widow – ‘As High As The Highest Heavens And From The Center To The Circumference of the Earth’

Based in Dallas, Texas, this three piece offers us their latest album and it’s absurdly long title; ‘As High As The Highest Heavens And From The Center To The Circumference of the Earth’. Will it live up to its promise as a hybrid of the best bits of shoegaze, stoner rock and slowcore? 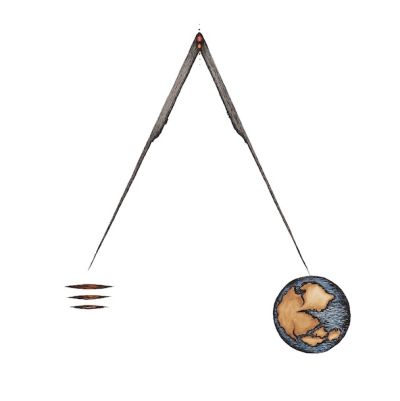 The combinations of slow, heavy, gritty guitar melodies (D.H.), matching distorted bass (Nikki), rolling drums (Slim) and sleepy male and female harmonies create something different. Snail-paced rhythm shrouded in thick, sludgy guitar riffs with ethereal vocals makes True Widow’s ‘As High…’ full of highly restrained emotion. You can feel it just under the surface, waiting to burst through, but TW will not give a thing away. That’d be the slowcore bit then. Shoegaze might be harder to tell without actually seeing the band perform whilst staring at the stage, but there are a few clues.

Distortion and effects; that would require pedals? Check. No particular focus on one instrument? Check. Vocals treated as instrument? Check. And last but not least, stoner rock. Where, oh where, might we find evidence of stoner rock? Well, without actually partaking in any drugs (just say no, kids), we can look to the slow tempo, low sound, and harmonies. Check, check and check. These nods to different genres are put together in a way that feels fresh and new.

Highlights of the album include ‘Jackyl’, and ‘Skull Eyes’ with their haunting, atmospheric melodies and vocals from both Nikki and D.H. create a sense of melancholy and leave you feeling reflective. Surprisingly catchy, despite the slow ache of the guitar and dramatic, epic drum beats which would have you thinking otherwise, you do find yourself humming TW on the way to the bus stop. ‘Night Witches’ ups the tempo, but in keeping with their genre hybrid, there is still no more focus on the vocals than the rest of the instruments as they are no louder, and the use of distortion is apparent. Despite this (more) up tempo song, the overall feel of the album is one of poignancy and sadness, yet it will leave you feeling the band’s raw emotion caged within the slow heavy guitars, the long drawn-out drums, and lingering bass. The beast will not be let out far enough to cause chaos and wreak havoc through screams or guitar solos. At the end of the album, you understand the over-long title. It reflects the protracted notes, melodies and vocals of the song. Don’t doubt the fact that you’ll never say the whole thing though.

If you’re feeling dreary, this album will probably send you further in to depths of despair. If, however, you want a lesson in murkily concealed precision, control and achingly haunting music then True Widow’s ‘As High…’ is what you need.

True Widow’s ‘As High As The Highest Heavens And From The Center To The Circumference of the Earth’ is out May 2 via Kemado Records.