If the Monty Python team were still penning classic comedy, ‘The Life Of Brian’, they’d find a rich vein of source material in today’s metal scene(s)… 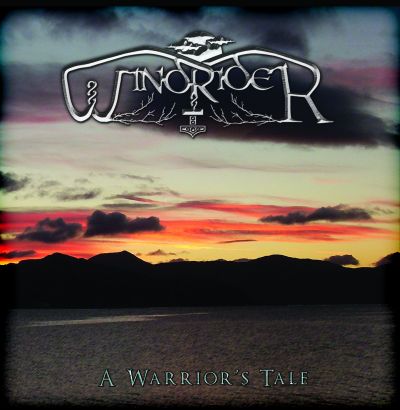 “Are you Black, Symphonic, Death Metal?”

Yes, it’s a mite confusing for the newly acquainted what with your folk, doom, power, goth, gore, speed blah-blah-blah metal all valiantly striving to prove their originality and claim your allegiance. The added challenge of discerning any real difference, musically, that exists between a lot of these bands merely adds to the fun.

Let’s not even start on the, frankly, hilarious and tasteless monikers adopted by some; Prostitute Disfigurement, anyone? Or how about Foul Body Autopsy? Ahem…well, here’s another act for you to consider. Windrider. Resolutely European, specifically Scandinavian, in approach and delivery, the songs on their latest EP are abound with heroic tales of Vikings and various Nordic warriors clashing shield on sword, necking mead and dying like real men on the field of battle. Not altogether surprising given they’re named after a song by Enisferum, metallic folkies par excellence.

We say “their” but actually Windrider is one guy. At least in the studio, where all vocals and all instrumentation are handled by Eliot Vernon. Live, they’re fleshed out by Danny Downing on drums and Lee Rule on guitar but there is no doubt Windrider is Vernon’s baby. It’s frightfully earnest stuff and a suspension of disbelief or at least a tongue firmly inserted in cheek is required to get the most from the four tracks on offer here.

Along with ‘Hall Of The Slain’ (more of which later) the listener gets ‘Battle Metal’-style tunes variously entitled, ‘A Warrior’s Tale’, ‘Across The Sea’ and ‘Slaughter From The shadows’. Lyrically speaking, the opener, ‘The Hall Of The Slain’, is as blunt a mission statement as you could imagine; “War-band of brothers on benches of oak, with drinking and feasting galore”. Or, “Coated in mail on our backs and our chests, in iron and leather we warriors are dressed”. You get the picture…

Musically, it’s up-tempo, keyboard-drenched, Euro-metal – the kind executed by, say, Masterplan and thunders along at a fair old lick. The biggest problem, we feel, facing Windrider is that in a crushingly crowded market-place, there isn’t too much here that is sufficiently different, original or innovative to mark the act out from the rest of the pack.

Sadly, in these times of technical proficiency where virtuosity is the norm, even the fact that the songs are reasonably well-played, crisply produced and glossily presented is barely enough to lift them/him above the competition. It’s not a bad effort though in terms of musicianship, and this Vernon is definitely a standout talent in East Yorkshire’s developing music scene.