On June 2, 2002, I was still earning my stripes as a fan of underground music when I attended an Arab On Radar gig at the much-missed venue The Adelphi hotel in Leeds. Nothing could have prepared me for what I was to endure: four enraged figures dressed in sinister black prowling around the non-existent stage and surrounding amps and PA, leaping and throwing themselves into the most contorted physical shapes as they unleashed a withering torrent of sonic abuse. The band’s sound was one of calculated aggravation. High frequency distortion and disassembled fragments of song, punctuated by waspish, scatological outbursts from a frenzied mouth-piece. It created an atmosphere so thick with tension that by the end of the gig mind had been comprehensively wrecked. 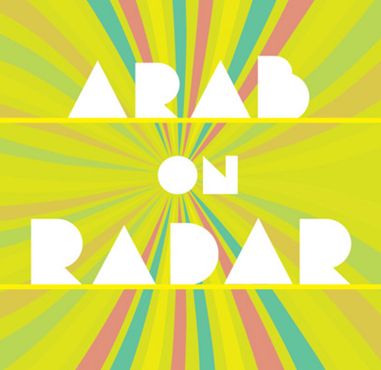 Arab On Radar began life in 1994 in Providence, Rhode Island, a hotbed of underground noise rock that would, in the last decade of the 20th century herald a new breed of inspired and borderline-deranged bands such as Pink & Brown, Mindflayer, Quintron, The Locust and the awesome Lightning Bolt. The story goes that the members of AOR – Eric Paul (vocals), Jeff Schneider (guitar), Steve Mattos (guitar) and Craig Kureck (drums) met when applying for jobs at a submarine manufacturing company. Despite missing out on employment, the friendship generated a new band, and with the addition of Andrea Fiset on bass, the early line-up was complete.

The documentary ‘Sunshine For Shady People’ attempts to place AOR in their proper context, and to give voice to a band since lost to the underground that spawned it. Rather than being an exercise in mere nostalgia, it is a ferocious prompt, a bitter reminder of the strength that lies in the undertow, that great musical diaspora, waiting for the chance to strike at a willing recipient. Nothing about the group is enshrined; in fact they were often reviled by their very own fans, friends and contemporaries. Their confrontational attitude is there for all to see as clip after devastating clip of their visceral live performance is woven into a loosely structured narrative. But the core of the documentary is a group interview shot around a kitchen table. The ex-members still remain in good terms and collaborate on projects with each other to this day. Footage of recording their second album ‘Rough Day At The Orifice’ in what looks like an abandoned cellar is interspersed with a litany of war stories from various tours. When faced with the choice of enjoying Oktoberfest or visiting Dachau, the band visits the concentration camp – in the pouring rain. A promoter pays them in LSD instead of cash.

A fan sculpts a clay model of Schneider’s head while the band sleeps. The only note of rancor occurs when the legendary ‘Oops!’ tour is brought up, an adventure that included AOR alongside many of the noise-rock luminaries of the age, like Wolf Eyes, Lightning Bolt and Erase Errata: “Everyone else became stars and we broke up!” AOR’s split in 2002 would make them as strangers to that kind of success, but their real legacy can be seen in the voluminous live material includes among the DVD’S extras – four (sometimes five) black-clad denizens of an endless series of basements and run-down stages, hurling their bodies at a stream of serrated clatter and white noise, possessed as if by lightning itself. As Mattos says, they created some “righteous sh**”, and left it for us to discover. Rumours of a reformation abound. Let’s hope it’s true?