Home » DVD Review: Blue October – ‘Things We Do at Night (Live from Texas)’

Rock heavyweights, Blue October, return to their home state of Texas to deliver a live performance to remember. In their latest live release Things We Do at Night (Live from Texas), the rockers lay out a deeply intimate and candid performance, riddled with all the hits we know and love and an attitude that doesn’t quit from start to finish, offering a different perspective from their previous live release, Ugly Side: An Acoustic Evening with Blue October.

Starting with a backstage pep talk led by front man, Justin Furstenfeld, an immediate theatrical element is apparent. The impression of brotherhood and comradery is a refreshing break from the usual shots of screaming fans pouring into an arena that usually starts a live DVD. This performance is as introspective as it is engaging. As the musical interlude of ‘To Be’ builds, the band takes the stage to be greeted with blue lights and fog as ‘Sway’ begins to play. Furstenfeld captivates the audience immediately, demanding all eyes on the stage with every word. The calm start and intimate setting paired with the great production and mixing of the DVD set an informal atmosphere.

The band waste no time, going straight into ‘She’s My Ride Home’. Furstenfeld’s informal nature takes centre stage with a storytelling element dominating his vocals, making each word appear carefully placed and each line thoughtfully executed throughout the song. The overall sound of the band as a whole is impressive with a unique use of strings and haunting melodies to engage the crowd, leaving a sea of arms flying in the air and each line being shouted back from the audience to the stage. Violins in rock n’ roll can be an amazing and deadly weapon when used correctly and Blue October prove just that.

A great use of visuals and direction compliment the music with close ups on instruments being played to really emphasise the drama of the performance. As the performance continues, the band play some of their most beloved hits such as ‘Into the Ocean’ and ‘Hate Me’, inducing an obvious excitement in the audience as they repeat the heartfelt lyrics back to Furstenfeld. Tracks like ‘Say It’, ‘Fear’ and ‘Congratulations’ bring a raw element to the performance, leaving it feeling like we’ve just walked in on a very private and intense conversation between Furstenfeld and the audience. The level of engagement maintained throughout the performance is noteworthy as Furstenfeld seems to deliver each line with the same level of emotion as he would when they first appeared in his mind.

More tumultuous tracks such as ‘Light You Up’, ‘Debris’ and ‘The End’ build on the theatrics and drama of the performance with sharply delivered performances that evoke an array of emotions. The DVD comes to an appropriate close with a powerful performance of the rhythmic and anthemic ‘Things We Do at Night’.

‘Things We Do at Night (Live from Texas)’ is like a therapy session. Powerful emotions and a conversational atmosphere paired with contrasting depressing and uplifting songs make for an emotional ride that we don’t want to end.

Blue Octoberblue october dvd reviewthings we do at night dvd 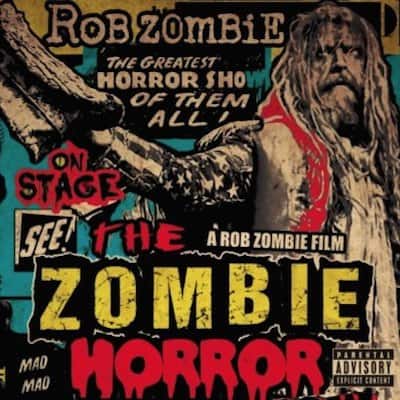