With influences ranging from The Beach Boys to Dépêche Mode, it wouldn’t be surprising to find any other band in Pure Reason Revolution’s position at odds with itself. Instead of conflicting though, the sound is complimentary, achingly sublime, hard-edged and individual. They execute a live performance of epic proportions that is still full of humility. 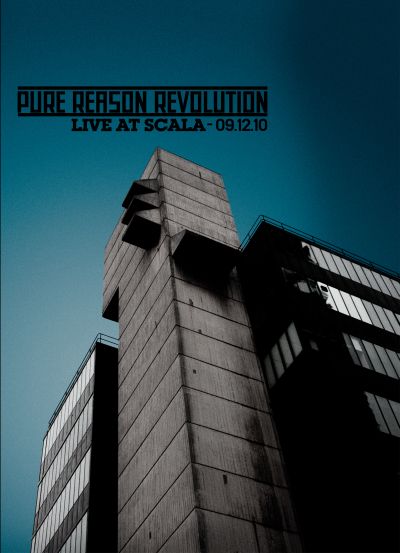 Opening with ‘Blitzkrieg’ and a light show resembling something from a World War Two flick, we know that PRR are launching an attack on our senses that can only result in utter submission to the cause. That cause, of course is to create the ultimate rave-rock show. The aforementioned song slowly builds upon the different synth and vocal sounds to gradually excite the crowd and lead them to experience absolute electro-rock euphoria. PRR do not fail to deliver a performance that lives up to their reputation as an impressive live band, showcasing their skills as individual musicians and a group of experimentalists.

Chloe Alper and Jon Courtney’s disparate yet pitch-perfect harmonies give the vocals extreme depth and power. Some might say that sounding the same live as on record is the mark of a good performer, but PRR refute that claim. Live, we can hear the emotion and passion in their voices, and that makes it just that little bit more enticing to watch on the whole. As the band bounce around the stage, matching the movement of the audience, we know that they are having a good time, and so are we. Their interaction with the crowd mainly consists of (slightly surprised-sounding) thank yous which will always work when trying to keep the crowd on-side.

The highlights of the set-list then, along with ‘Blitzkrieg’, come in the form of ‘Deus ex Machina’ and ‘AVO (Amor Vincit Omnia)’; two tracks that bring the atmosphere to a peak with intense and uplifting harmonies. The guest guitarist on ‘Fight Fire’, Tom Bellamy (from electro-punk support band Losers), appears to add some element of competition when he arrives, as PRR seem to up the ante by showcasing some of their finest their dance moves – perhaps the four-piece feel threatened by his playing of guitar with a cello bow? ‘Fight Fire’ is a track where Chloe’s vocals take centre stage and she does not disappoint. In a world where female-fronted bands are becoming more and more frequent, her solo vocals are distinctive and strong enough to make them one of the more individual aspects of this band. Clean Bandit (tonight’s string section) look dashing in their grey jumpers – they add some serious depth to the elation of ‘Bullitts Dominae’ and are thoroughly thanked by the band and the audience’s cheers at the end of the evening.

Despite the venue being on a more intimate scale, playing to around 600 (and appearing to have some minor technical difficulties) PRR deliver an awe-inspiring stadium-ready show that will one day secure them a place among Muse and Radiohead as great (British) live performers.