Some things truly have the subtlety of a brick; a brick crashing through a window from a great height. Music can be a great advocate of this particular metaphor – especially when it comes to softer music that enters the top ten charts these days. In attempts to relate to a vast and wide audience subtlest of messages with songs are lost by the blunting of subtle lyrics and muting the subtleties of the music. 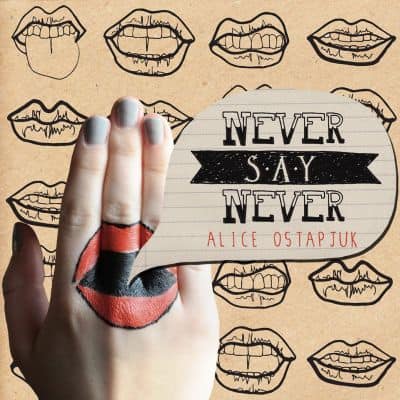 “How long will I love you? As Long as the stars are above you.” Oh Ellie [Goulding], what promise you had…

Thank the lord for new music like Alice Ostapjuk. Acid Jazz, avante-garde North Sea vocals with an 19th century folk undertone. The rise and fall of ‘Never Say Never’ is a waltz for the ears. The gradual build in the song creates a magical crescendo, the height of which that isn’t ever quite reached. The song is an eerie old tune, but has substance and originality. This type of music enhances a whole spectrum of outputs – the foresight of this sound track has the potential to sit on a British drama or indie movie release.

The next track backs up these creds, ‘Lost And Found’ emotionally pulls you through a subtle story of heartbreak and betrayal. A couple of things that hit me, and that I like; the quirky walking bass line and that stretched guitar notes. Very far from what you might expect but it has the chilling quality of the QOTSA’s ‘Lullabies to Paralyse’. We think the more upbeat tracks ‘Watch Your Step’ and ‘The Epidemic ’ don’t have the impact of the slower paced work; the music and quirky vocals don’t quite sit together as well.

Subtle and sweet and a possible future pop sensation – just a support slot with a great pop band or prime time radio would see the rise of this act, for sure. Anybody got HAIM’s number?