The recently acclaimed post punk band, La Bête Blooms, are treating their fans to a release of none other than a new EP. Originally from Hull, the band is made up of Daniel Mawer, Rebecca Hopkins, Jack Gallagher, Louisa Robinson and James Coggin. 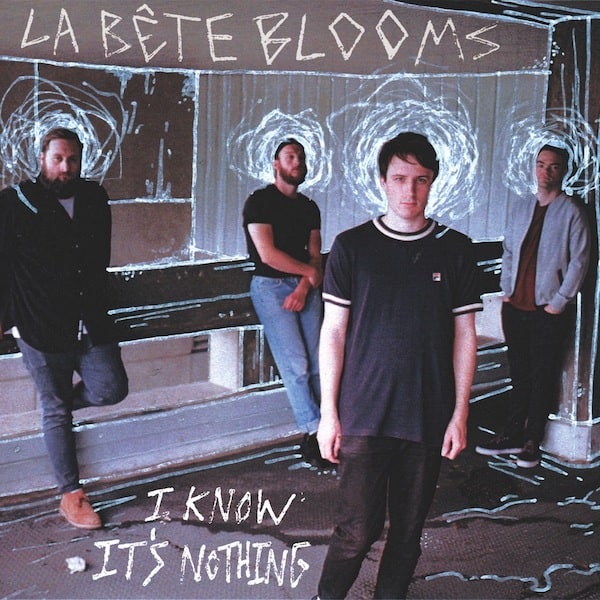 Their new EP I Know It’s Nothing is the bands second released EP which contains four brand new tracks to further add to their previous material. The EP deals with themes of anxiety, depression and isolation in order to express the idea of ‘us against the world’, yet, the EP helps to challenge these mental thoughts and processes. Mawer highlights his incredible skill in song writing, by managing to get across such powerful lyrics on such emotional issues.

It can be described as a wall of noise with the use of heavy guitar and strong drum beats, yet this chaotic sound is both melodic and rhythmic and something you can ‘rock out’ to.

Track one on the EP, Breaking In can be described as a catchy tune with a repetitive nature, that screams volume. It is something that you can easily sing along to, due to only having very few lyrics. They possess themes of love and loss, hence bringing in those heavier ideas of depression and isolation.

Again, Low Hummer represents these ideas, yet does so by taking a calmer approach, as the song is considerably milder than Breaking In. It is quite possibly my favourite single on the EP with its catchy guitar riffs and use of fuzz pedals.

Hole in my Head has a rather grungy feel to it and continues to emphasise the emotions people go through and proposes the idea that what seems like nothing is always without a doubt, something. Effectively, linking into people’s emotions and feelings. What You Want is certainly the heaviest track on the EP, as it contains that classic, alternative style, gravely texture to the vocal. It can almost be seen as a harmonious form of shouting. It will without a doubt get your body bouncing.

The Yorkshire group have been compared to the famous alternative rock bands Nirvana and Pixies. With BBC 6Music Lauren Laverne describing them perfectly, stating, “think Slowdive meeting Pixies, thrown in with a bit of Kurt Cobain’s incesticide guitar and you pretty much have it”.

La Bête Blooms screams hard work and dedication as the band’s name translates to the beast blooms, which emphasises their flourishment and devotion in the music industry. They prove their worth as a Yorkshire band and are proud to be part of Hull as their music echo’s their home city’s sentiments, as it is currently known as 2017’s UK City of Culture.

la bete blooms I know it's nothing