A new EP from one of my favourite up and coming bands? Awesome. I’ll just take about a year to get round to that. Goddamn fool. I just hope the fans haven’t waited around like me. If so they’re massively missing out right now, because ‘Damage Appreciation’ is four beautiful blasts of ballsy boundary-breaking band…stuff. Damn, ran out of bs. 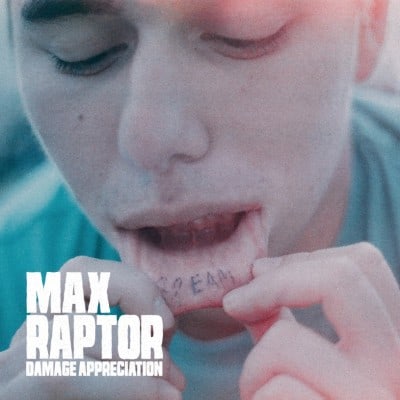 Fans will be happy to know that Raptor are still the energetic beast they always were, however this isn’t without a few reversions and amplifications. The tracks as a whole feel more similar to the subtle songs on ‘Portraits’ like ‘Carolina’ and ‘The Alarm’ than the quick-fire fuel tanks like ‘Breakers’ or ‘Pioneers’ or…or basically anything off of ‘Mother’s Ruin’ (2013). It’s like the band made a conscious decision to zone into a more powerful outlet. The first thirty seconds of ‘Blue on Red’ will confirm that for you, and if you hear the first thirty seconds you doubtlessly won’t be able to stop, so concise and full of imagery and messages, is the tune. Two thirds in we get some truly phenomenal vocals from Will Ray that ring similar to the first few lines of ‘Back of a Barrel Wave’, but with way more power. Moving stuff. Then you get ‘See Me Through’ which has more of this melody but with a bounce that would get the most sterile man bobbing his head at the show. Every show has that guy. And the way the track closes confirms what people mean when they say that it’s pointless describing melody because you’ll never get the impact across.

The first two tracks ‘Damage Appreciation’ and ‘Population’, are upbeat and to the point, and never stop for a breath. The breathless guitar riffs and vocals both do their own thing, and yet run parallel and compliment each other constantly, and both are graced with that special Max Raptor feeling. Glissening with catchy and addictive choruses, particularly track two in this case, which is garnished with screams and gang shouts that really make those buzzwords buzz. Demanding replay after replay, ‘Damage Appreciation’ is a keeper.