Industrial, brooding music that could soundtrack an action movie, but in a good way. This is ‘EP1: Supplication’; the creation of electro-alt rockers This Burning Age. Produced by Tom Gittins at Monochrome Productions, this three-song EP was created entirely in-house, and is the first release of a four-release 12 month cycle. It is a symphony of industrial sounds and mechanical music, and if this release is anything to go by, fans of electric rock are sure to enjoy the rest too. 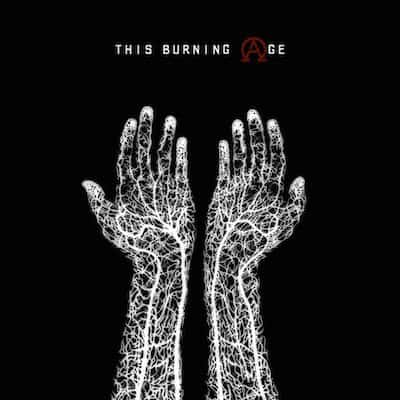 Launched in April this year, ‘Supplication’ follows a story of broken and twisted love, via a heavy and mechanical-feeling soundtrack. The collection takes inspiration from Nine Inch Nails, Smashing Pumpkins and Rammstein. The band describes this album as an artistic endeavour through musical expression. When you take it as a piece of art and not just commercial music, you start to see what they are getting at. The first song, ‘Disappeared’ comes across, at first, as very soft. But once the synth intro is over, we find it takes a much heavier direction: with Rammstein-like overtones and a hint of Papa Roach’s ‘The Connection’. Band frontman Friday says the track: “is about the struggle to love and keep on living in a broken world, and is inspired by Dylan Thomas’ ‘Do Not Go Gentle Into That Good Night’.”

Next up is ‘Your Will Is My Kill’ which Friday describes as an exploration of a “disturbed dominant male character” and sadomasochistic love from the character’s own twisted perspective. This track opens with a very heavy synth-mix, combined with the talents of drummer Christian Jerromes. With Jon Farrington-Smith on guitar and Dave Bennett on bass, the track gives off the right vibes and screams ‘industrial’ from start to end.

The third and final track is ‘Want’. The title gives a good indication of the song’s themes: unhealthy obsessions and the unrequited love of others. This track starts off slow, opening with the ticking of a clock. Unlike the other two tracks, it makes use of a pianist, and with more vocals from Friday, makes for a slower, more sombre track; a vast contrast from the heavier and quick-paced elements of this release. About a minute and a half after starting, we see a return of drums, guitars and synth music. Whilst too long of an introduction to some, it does break up this short release and offers listeners something that is just a bit different from the rest.

In short, if ‘Supplication’ is anything to go by, EPs number two, three and four are bound to be hits with people who enjoy the heavier side of rock with a 21st century twist. This Burning Age impresses, and whilst short, this is a good indication of the band’s future, showcasing a wide variety of playing styles, demonstrating that the band have plenty of ideas to work with.