One of the great things that film can do is make the portrayal of unassuming, ordinary lives as captivating as any other on the big screen, but this can take a lot of work. In the case of ’45 Years’, a wonderful study of marriage, director Andrew Haigh gets the very best out of his very talented cast to ensure that his drama is always enthralling. Tom Courtenay and Charlotte Rampling excel as Geoff and Kate Mercer, their intricate, precise performances giving added power to a nuanced and powerful script. 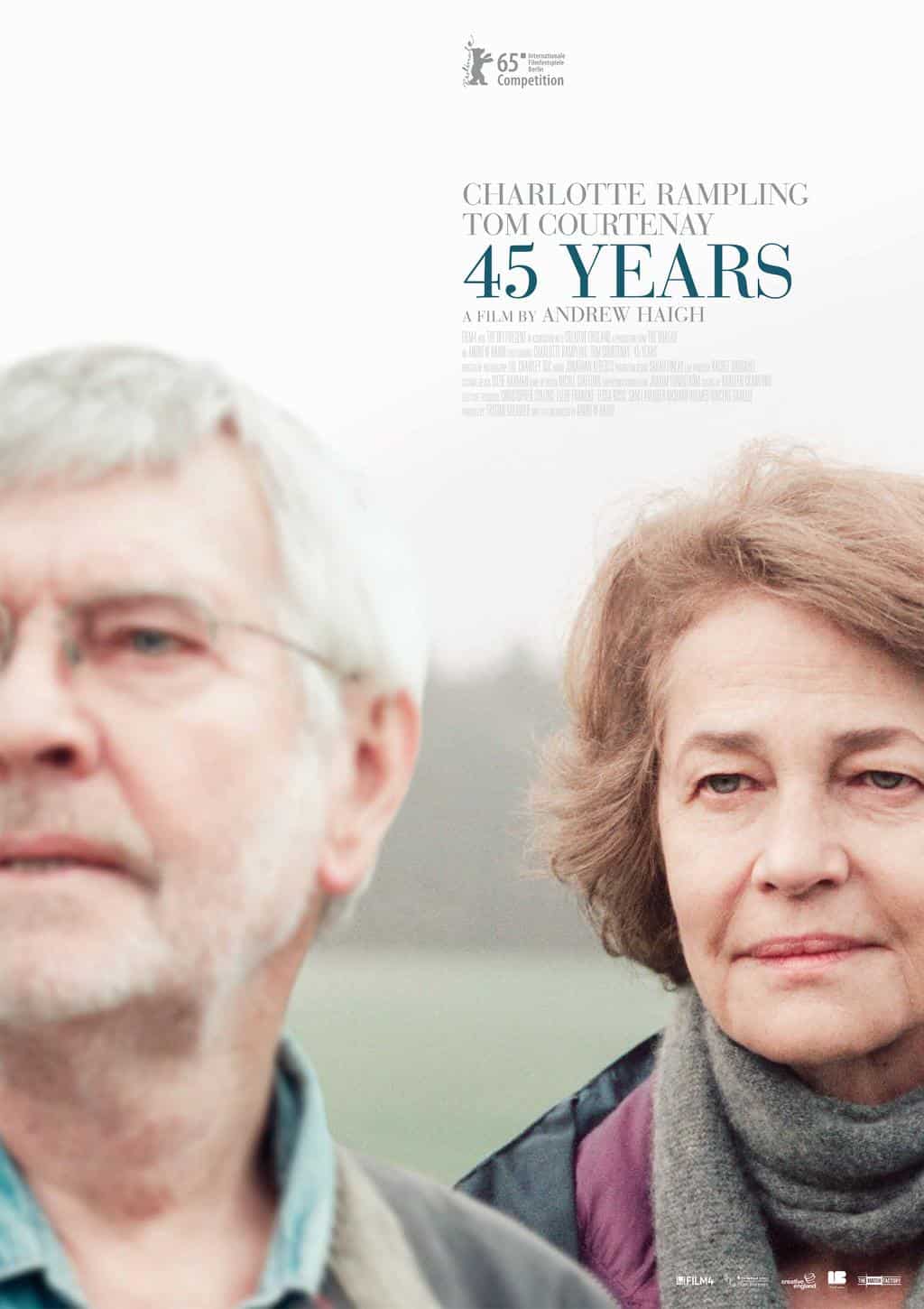 The film primarily addresses the past, and the power it continues to have over people even when it feels like it shouldn’t, a fact that thrusts the steadfast marriage between our two main characters in to turmoil. Not the sort of turmoil that involves huge arguments and over the top exclamations, but the kind where you can sense that something is starting to unravel, but it’s doing so quietly, almost timidly. The crisis is caused by news that the body of Geoff’s girlfriend from before the marriage, Katya, has been found perfectly preserved in the Alps, where she fell to her death 50 years previously. While Kate is sympathetic at first, this revelation begins to hang over the couple in the days coming up to their 45th anniversary celebration, a year they are celebrating because Geoff was unable to celebrate their 40th due to illness.

The premise is suitably interesting, but it is the sheer power of the delicate performances that give the film its extra layer of effectiveness. Rampling in particular shines, her face showing more than the words she says ever could as she steals every frame with a performance worthy of her extensive career. Haigh can be proud that he’s made a film that delights in the little things, the glances and careful line delivieries, a film that is nuanced and clever, not feeling the need to shove the plot points down our throats but happy to let them play out quietly and without fanfare. It’s this eagerness to portray the ordinary that makes the film all the more affecting, all the more remarkable as a piece of cinema, every little detail meaning something. ’45 Years’ may not be a film that knocks you off your feet, but it’s one that knows exactly what it’s doing, and does it very well.