Richard Curtis romantic comedies are usually very predictable. Sure, he became a staple of the British rom-com scene as head screenwriter of classics like ‘Notting Hill’ and ‘Bridget Jones’ Diary’, following them up with a joint writer-director effort on the ever-popular ‘Love Actually’, but you definitely had to buy in to the schmaltzy nature of all of them, and like Hugh Grant enough to endure two hours or more of him swanning about making ‘charming’ British noises. 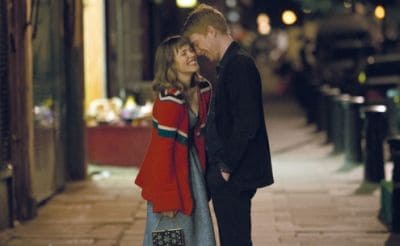 As someone who appreciated ‘Notting Hill’ but was not feeling up to something sickly sweet the night I saw ‘About Time’, I went in expecting a very boring experience. I was, however, entirely wrong and very pleasantly lifted out of this grumpy stupor by a film packed with heart, charm and quite a lot of laughs.

‘About Time’ is a heartfelt tale of life and love that finds the gap between preachy and schmaltzy and becomes truly touching, echoing experiences many have gone through or will have to go through in their lives. Curtis’ script is very well balanced and has a very refreshing personal touch to it that for me makes it his best work. This, together with some great casting, Domhnall Gleeson embodies a sort of awkward charm that Grant himself would be proud of with a lot more flexibility for example, means that the recipe was there already for a very refreshing film.

The time travel element, admittedly, is very suspect. Think of it not as simply a plot device but an examination of second chances and it does a lot better than when you actually examine the science fiction element of it, which will fall apart if looked at even remotely closely. Despite its pitfalls it is an interesting idea and definitely adds to the film’s comic, dramatic and emotional value, and this three-pronged assault should be enough for you to forgive the film its inadequacies in proper time travel lore. Doctor Who it certainly ain’t.

Gleeson’s performance is ably counterbalanced by an understated performance from Rachel McAdams, whose character is adorable and definitely loveable as Curtis gives her his trademark sugar-coating. While this perhaps should detract from the film however, it does not since despite this her character feels realistic and enjoyably quirky as she helps us through what is essentially a very normal life with a twist, never letting her level slip. McAdams’ characters certainly have a thing for time travellers (‘The Time Traveler’s Wife’), and why not when they’re as fun as Gleeson’s. Strong performances from the ever-reliable Bill Nighy and a brilliantly hilarious Tom Hollander also add depth to the film, and are very welcome indeed.

While ‘About Time’ has a very large romantic element, it is also a film about a father and his son and it deals with these things very well, as Curtis goes on to show us how a family copes with tragic news and captivates us with some delightful interactions between father and son. He dials up the emotion towards the end and while many Curtis trademarks begin to appear, what he does create is a very moving character study that brings us very close to Gleeson’s Tim and is very easy to relate to. The cinematic grapevine says that this is Curtis’ last film behind the camera as he goes back to focusing solely on screenwriting, and if so it’s a great way to go out, having made your best film yet.