After Prometheus, Ridley Scott promised a sequel that would explain even more about the origin of the Xenomorph (something I’m not sure anybody particularly asked for) and so it looked like Prometheus was going to be a franchise of its own, separate from but related to the Alien franchise. Then Scott decided to make it an Alien film, with the provisional title Alien: Paradise Lost, though still arguing that it was a sort of sequel to Prometheus, and that we’d get a ton of answers to many pertinent questions that have been bothering us since we were graced with that turd of a film. Eventually released under the name Alien: Covenant, the main question that we end up getting an answer to is that of whether there is any steam left in this ailing franchise, and on the basis of Alien: Covenant the answer is not really. 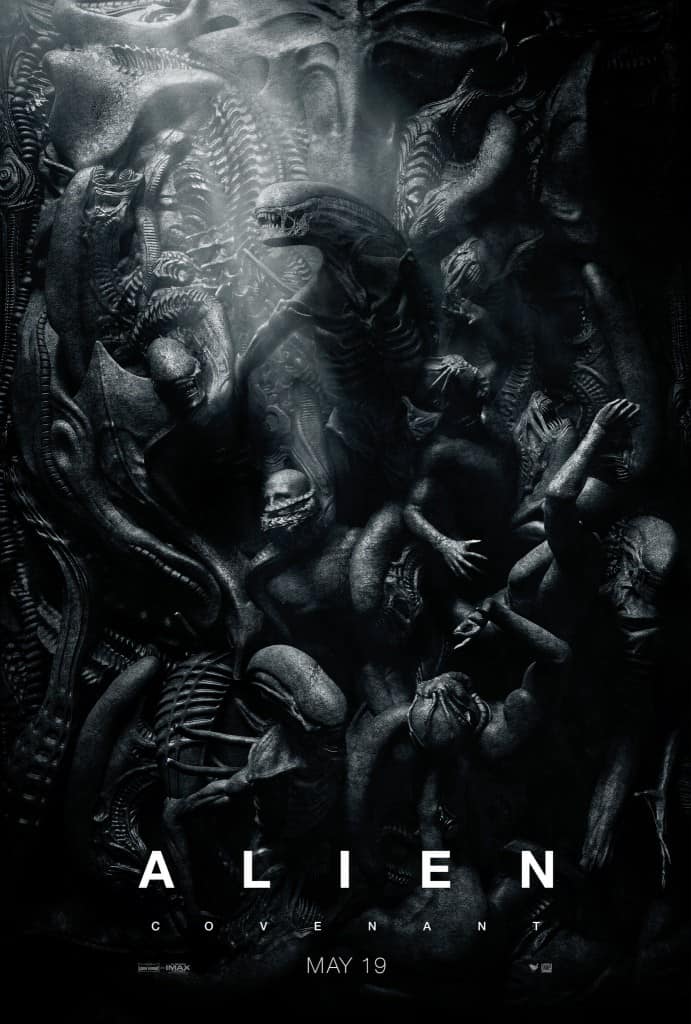 Unlike Prometheus, where positives were hard to find amidst the mess of clichés and silliness, there are some positives here, which can be addressed first. The plot, which follows a couple of thousand human colonists and assorted crew members on board a spaceship called the Covenant as they try to find a new planet to live on, is simple and reminiscent of the stripped-down plot of the original film. This sort of simplicity has been hard to come by in this franchise amidst all the ham-fisted grasping for faux-philosophical truths about life that decorated the plot of Prometheus, and as a base idea it’s definitely workable. The other major positive is that Scott is still a good world builder and can make outer Space feel truly gargantuan, so particular scenes in isolation are impressive and can feel exciting or tense, particularly when they are out in Space.

The problem is that the positives end at this point, as Scott opts to descend in to another rabbit hole of pretension, the script limiting his directorial abilities with its stilted dialogue and fails to build up any of the required tension. Much like Prometheus, our new cast of characters, played by the likes of Katherine Waterston, Billy Crudup and Danny McBride, just feel like fodder for the aliens and any character development is poor or sometimes laughable. In Crudup’s case, the script makes a point of inanely pointing out his character is a man of faith for no real reason, just to make sure that the audience knows he’s a bit different from the others without ever really using it in a meaningful way.
Since there’s no tension, there’s also no real sense of anticipation and even though the aliens themselves are as watchable as always, the regurgitated and half-hearted nature of the plot by the time they turn up means that they make no real impact. All the way through we’re reminded that Scott is really trying to be philosophical, giving a lot of this exposition to Michael Fassbender. Who reprises his role as David from the previous film, but also takes on the new role of Walter, a new android who goes with the colonists on their mission.

The two interact quite a lot, and while it is fun to watch since Fassbender manages to master the art of talking to himself, the script once again reaches levels of self-mockery when they pontificate to each other about Ozymandias and the meaning of life, but at its heart the film is made up of clichés, the wholesomeness of Walter and the ‘evil twin’ nature of David embodying that. The veneer of philosophy is at best unconvincing and at worst a font for unintentional laughter.

It’s a shame that this franchise hasn’t really had a good film in it since Aliens, and Scott should probably give it a rest for at least a while, but since there’s almost certainly going to be more it seems more and more likely that we should resign ourselves to a world where one of the most interesting horror creations, the Xenomorph, is doomed to spend its time in films that try to sound high and mighty when they are in fact infuriatingly insubstantial and at the end of the day, just dull.