Film Review: ‘Clash Of The Titans’

It’s a rare remake these days that clocks in at a shorter running time than its source. Like director Louis Leterrier’s ‘Incredible Hulk’ reboot, this new ‘Clash Of The Titans’ is refreshingly short and punchy, especially compared to most similar genre efforts. For the fondly-remembered 1981 adventure, the gods and monsters of Greek mythology were invoked through Ray Harryhausen’s old-fashioned but charming stop-motion effects. 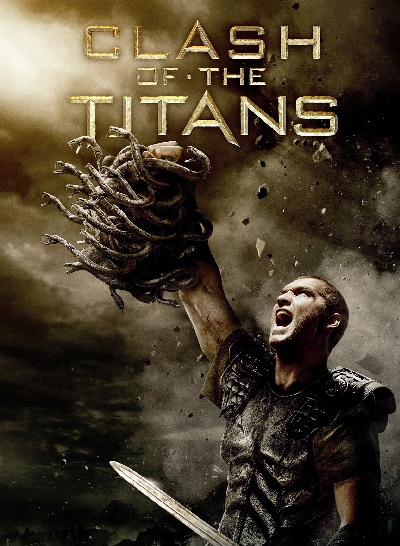 The trailers for this new incarnation showed off the CGI-centric boost given to the Medusa, Kraken and (even more) giant scorpions, everything pumped-up to excessive sizes that would see them pulp their inspirations in a beastly brawl. However, some of the story elements that worked in the original’s favour have been foolishly tampered with, the comparison serving as a curious example of ‘less is more’, despite the running time seeming to inversely echo this ethic.

On a quest to save the heavens-offending city of Argos from the wrath of the gods, Bond girl Gemma Arterton’s character Io replaces Perseus’ mother as his alluring spirit-guide, and Hades rears up from Hell to add an unnecessary element of treachery between the deities. Ralph Fiennes tries to add some menace as the destructive god, but he’s too ethereal a presence to be satisfying as a threat to our mortal heroes. He also leaves little time for the character of Calibos – as the main villain of the original, he had both a frighteningly sadistic streak and a memorably pathetic aspect. Here, he’s merely another freakishly strong man-beast, an underwhelming presence in the company of these now-gargantuan monsters. His initial attack is thrillingly visceral, and unexpectedly leads to one of the film’s most brilliantly realised set-pieces, but he more or less disappears after that, the film failing to capitalise on his omnipresent threat.

There’s no time for stealth either, as in the original’s invisibility helmet and various other trials. Our band of expendable warriors are suitably hairy and grimy, and don’t look like Playgirl centrefolds a la ‘300’ – they’re a marginally more earthy and realistic bunch. But Worthington doesn’t really do enough to make Perseus an appealing central character. His internal conflict – caught between defying his real father, the god Zeus, and fulfilling his destiny as a man – could have given him some depth, but a wavering accent, anachronistically modern look and general lack of spirit make him hard to root for. He conveniently and unconvincingly becomes a courageous warrior almost by default, seemingly just so that the action can begin in earnest.

Thankfully, once it does, it doesn’t let up. The script gamely acknowledges its videogame-esque pacing and structure, with character remarks such as, ‘Just another beast to kill’ humorously reminding the audience that this film exists for one reason only: its epic monster battles. And they’re satisfyingly spectacular: while the clipped pace, meagre characterisations and generic costumes mean you’ll struggle to distinguish who’s dispatching from who’s being dispatched, the creatures themselves are pretty impressive. The scorpions loom like giant panzer tanks, the Kraken crashes about like the ‘Cloverfield’ monster on steroids, and the Stygian witches are spine-chillingly grotesque, even if their make-up design is shamelessly cribbed from ‘Pan’s Labyrinth’s Pale Man.

There are a couple of crowd-pleasing references to the original (as well as ‘Jason And The Argonauts’), plus some shots and moments that recall the ‘Evil Dead’ and ‘Hellboy’ films (in a good way). Also, a surprising amount of real locations and actual sets are effectively employed – by and large the CGI is wisely saved for the beasts. The centrepiece Medusa battle is a little disappointing, with the fabled femme fatale rendered slightly too pretty to be scary – she certainly can’t compare with the hag’s complexion and demonic glare of Harryhausen’s model. Overall though, this is a reasonably enjoyable remake: it neither improves upon nor embarrasses the original, but offers plenty of bang for your buck without stretching itself to bum-numbing length.