Disney had been in the shadows of their now subsidiaries Pixar for a good long while until a recent revitalisation inspired by the likes of ‘Tangled’ and ‘Wreck-It Ralph’ that meant expectations were raised for future films and mutterings of a return to the golden age of Disney weren’t too far away. For the famous corporation, then, ‘Frozen’ had a lot riding on it. Initially unremarkable in its premise, which follows the progress of a young princess in her attempts to end a long winter in her kingdom, it relies on its charm, some fantastic animation, clever writing and some unforgettable songs to elevate it above the average animation. 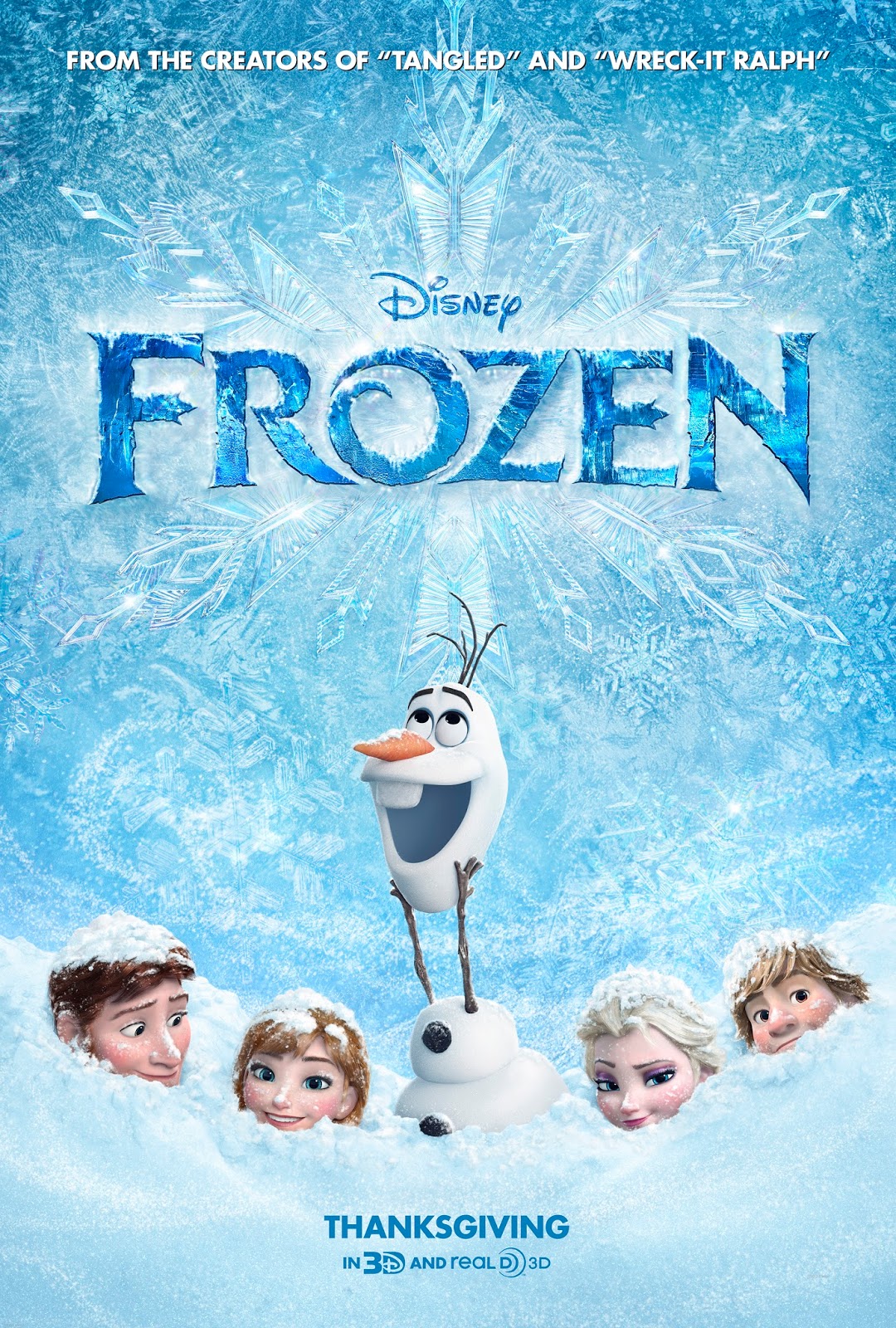 With its beginnings in Walt Disney himself’s desire to make an adaptation of Hans Christian Andersen’s ‘The Ice Queen’ now long behind it since it now only has very loose ties to that tale, the film is scripted by Jennifer Lee who penned the aforementioned ‘Wreck-It Ralph’, so what we could expect was snappy dialogue that would no doubt be highly enjoyable and dependably lovely. And those things it certainly is. Lee writes a strong female lead in the shape of Anna, always welcome given Disney’s decided lack of characterisation for female characters in the past, and there are distinct similarities between her and Merida from Pixar’s ‘Brave’ in how they’re portrayed on screen, with an out-of-place theme that works solidly once more.

What gives Anna even more character is her alienation from her sister Elsa and how she deals with the break down of a relationship that she doesn’t quite understand, which is intricately and ably constructed, and puts to the foreground the relationship between the sisters. This relationship is a pivotal part of the film and the evolution of the sort of interactions they have also match the level of acceptance both of them feel in their own lives, both in the palace and in relation to each other. This aspect is done very well, and the film goes through the two characters’ different coping mechanisms, and the different worries they have to bear.

Both Kristen Bell and Idina Menzel are great in their roles as Anna and Elsa respectively, with Bell displaying her singing prowess and keeping up well with Broadway star Menzel on all the musical numbers. The highlight, though, is Menzel’s powerful performance of the highly memorable ‘Let It Go’ which exhilarates for the entire time it’s on and makes for some highly emotional scenes in the process. It represents some of Disney’s best work since the days of the Sherman brothers and their many classics, and the film should definitely be commended for songs that serve to add further layers to the story, rather than feeling disjointed from the action.

‘Frozen’ is a welcome addition to the Disney canon and deserves all the plaudits it’s currently getting. Sure, it’s no ground-breaker, but the story is great fun to watch and it’s packed with emotional and dramatic value, as well as providing plenty of sniggers and lots of goofy moments for all the young ones in the cinema-of which there were many when this writer went to see it-to mean that it’s fun for all the family.