Having made his debut with 2014’s stripped down thriller ‘Blue Ruin’, Jeremy Saulnier returns with another thriller that may boast a higher production value, but doesn’t lose that sense of immediacy that its predecessor had, it’s cloying sense of reality making the violence more affecting than it otherwise could have been. 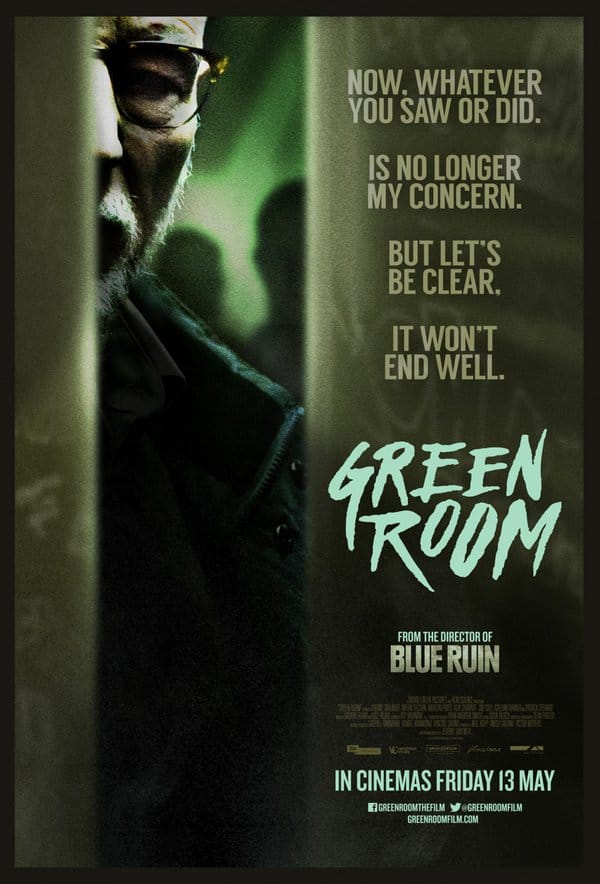 The film focuses on a punk band, The Ain’t Rights, who are struggling to make ends meet while on tour and are offered a chance to make some money playing a show. The trouble is, the show is at a neo-Nazi bar that seems like the least inviting place to play in history. Throughout the course of the movie, that indeed turns out to be the case. Saulnier makes sure the action is visceral and intense, with large sections of the film devoted to violent reprisals between the band and the group of Neo-Nazis martialled menacingly by Patrick Stewart as Darcy. It’s nice to see that the carnage isn’t one sided as would normally be the case in this type of horror-thriller, with the band and Imogen Poots’ unfortunate bystander Amber, managing to use what they have around them to mount a kind of resistance.

The performances are uniformly very strong, with Macon Blair once again standing out in his second collaboration with long-time friend Saulnier following ‘Blue Ruin’. Blair is a master at subtlety and understatement, and watching the character struggle with himself throughout the course of the film provides some respite from the crux of the story, which is fraught with the aforementioned violence. Hopefully he goes on to do more work in the future, both in collaboration with Saulnier and separately also.

Managing to maintain its atmosphere for its intelligently lean runtime, Green Room is another example of Saulnier’s ability to assemble adroit, convincing and intense thrillers, making it an effective genre film.