There are barely any film-makers who make films as regularly as Woody Allen does. The veteran director has a record of roughly a film a year over the span of his fifty year career and he shows no signs of letting up with a film already slated for next year and people just as eager to work with him as ever. There’s no doubt that he’s still a brilliant talent, his most recent triumph being 2013’s ‘Blue Jasmine’ with other late-period work like ‘Midnight in Paris’ showing that he is still able to bring out that old magic of the likes of ‘Manhattan’ and ‘Annie Hall’ even now. 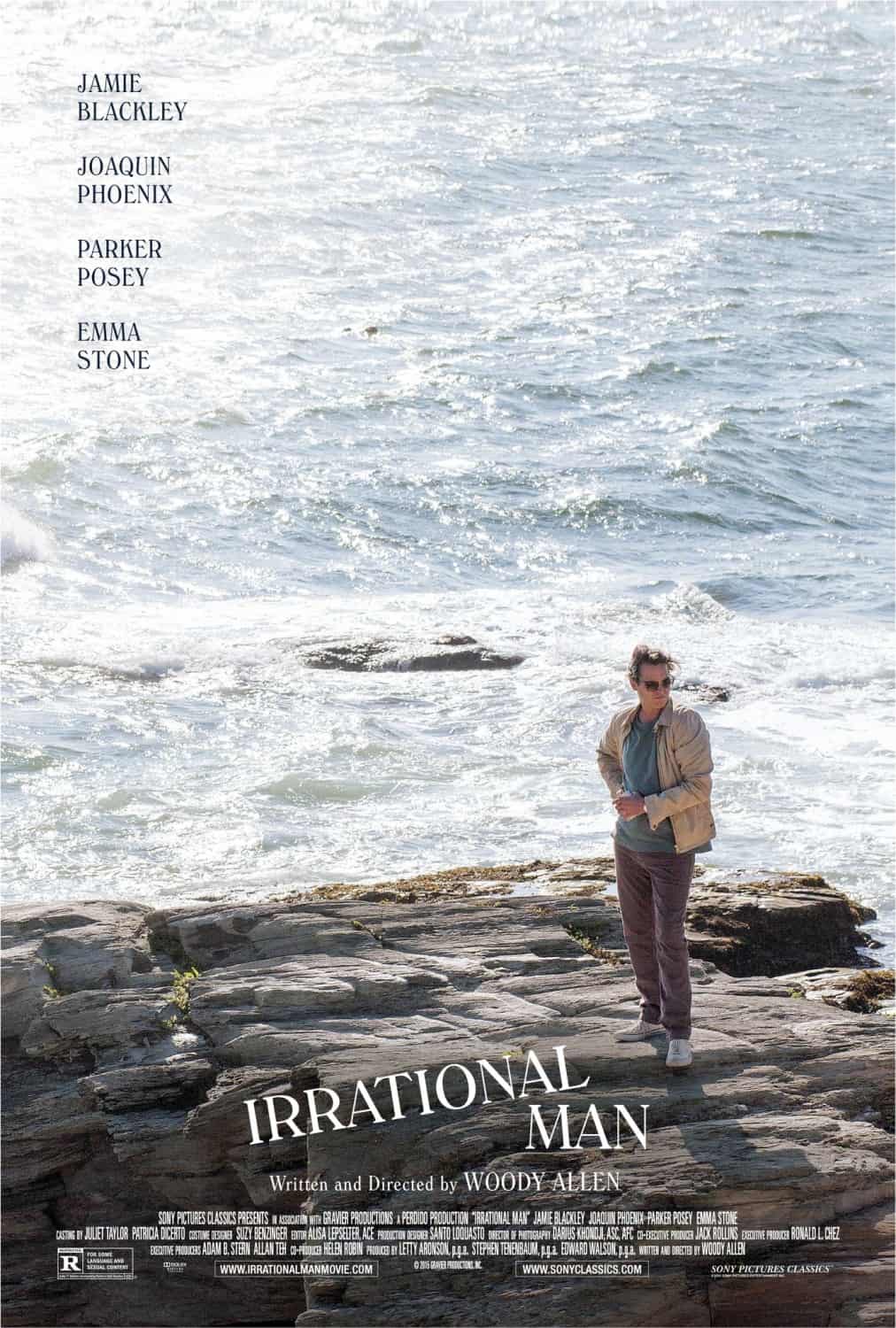 Sadly, films like 2012’s ‘To Rome With Love’ and last year’s ‘Magic in the Moonlight’ are reminders that despite the fact that his dialogue is still endearingly loquacious and always thoughtful, he does fall back on what is easy to him from time to time, making those gems all the more remarkable when they do come around. Sadly, ‘Irrational Man’ falls in with both those films as another one that shows glimpses of Allen’s best work without ever really reaching those heights.

Allen always gets good performances from his cast though and that is no different here. Joaquin Phoenix and in particular Emma Stone are both very good in their roles, and are supported nicely by the likes of Parker Posey as Allen indulges in all his favourite things, partnering philosophical discussions with whirlwind romances and twisting them all together to make a film that addresses both the difference between theory and real life and the nature of romance.

The problem is that everything Allen addresses here he’s already done better himself. Films like ‘Love and Death’ and ‘Crimes and Misdemeanours’ explore the darker side of the plot in a much better way, whilst ‘Annie Hall’ is there for all the other stuff. In terms of recent films, parts are reminiscent of Josh Radnor’s ‘Liberal Arts’, a film that wouldn’t be out of place among Allen’s filmography and again another one that knows what topics it is addressing and simply does it in a better way.

That is not to say at all that ‘Irrational Man’ is a bad film. Allen rarely drops the ball so much as to actually disengage a viewer completely, it’s just unfortunate that the film is too muddled to truly examine any of the themes he explores with anything like the humour or depth of his better works. While this film is by no means a horrible way to spend an hour and a half, you would probably be better off going back through Allen’s catalogue and picking something else out.