Another cult comic gets the big-screen treatment with ‘Layer Cake’ director Matthew Vaughn’s take on Mark ‘Wanted’ Millar’s ‘Kick-Ass’. The demand for comic-book translations these days is so high that Vaughn (along with Jane Goldman) was able to adapt the script as Millar was writing. But in such a crowded marketplace, these tales often need increasingly outlandish premises to distinguish themselves. 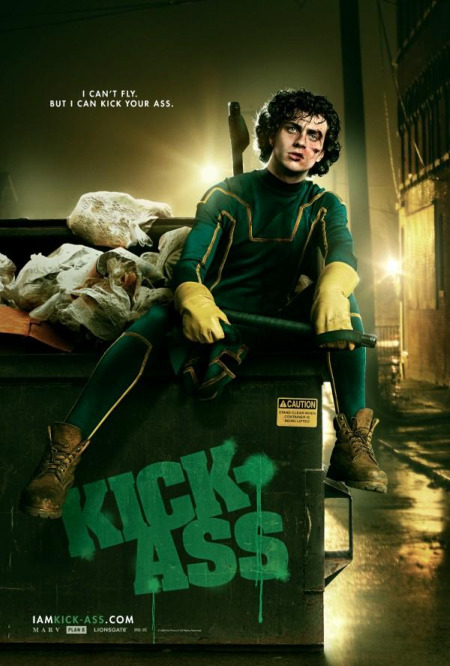 Millar chose to turn the looking-glass on his art and its audience: why do we need these superhero sagas? What place do they have in the reality of modern life? Promotion for the first run of ‘Kick-Ass’ even cleverly mirrored its media-savvy themes, with a Youtube clip and MySpace page being set up for the character, where he described how Millar was making his life-story into a comic.

The film starts with an aspiring superhero being brought down to earth with a bang – indicating that this isn’t going to be your average comic-book tale. We are then introduced to Dave Lizewski, the archetypal comic-book-loving teenager, his narration revealing a few personal traumas and hang-ups, but also that he is entirely ordinary. His everyday routine involves embarrassing himself in school, hanging out in a comic store and enduring NYC muggings. These experiences lead him to ask a question many will have pondered – where are the real-life superheroes? Why doesn’t anyone simply become one and stand up to the scourge of society?

The short, sharp answer is that they would probably be killed. And despite his friends making this clear, so Dave’s initial heroics put him woefully out of his depth and in mortal peril. The film’s best moments are these most rooted in reality, where you can sympathise with Dave’s earnest but naïve attempts to make a difference on the street. Director Vaughn challenges the audience’s complacency in their own lives, by literally asking what we would do in these situations. He then proceeds to uncomfortably present the most believable answer – the sad truth is that most of us would do nothing. These are situations everyone will have experienced and will be able to relate to, and this is where the film is at its most effective – unflinchingly showing the damage that turning a blind eye is doing to today’s society, as well as that society’s paradoxical media-stoked obsession with crime.

Events soon bring Dave (now an internet phenomenon self-christened ‘Kick-Ass’) into contact with Big Daddy and Hit Girl, a father/daughter death-machine bent on vengeance in classic comic-book style. We first meet this heart-warming pair in an alarming example of Daddy’s training techniques – needless to say, it’s strictly “don’t try at home, kids” stuff. They exist for a sole purpose – to kill mob boss Frank D’Amico and his henchmen, preferably in the most gratuitously violent fashion imaginable. But none of them have made account for D’Amico’s son, Chris, a sheltered geek with a superhero fetish of his own.

All of these characters are drawn with a pleasing mix of broad strokes and subtle touches – every one of them has little moments of humanity tempering their inevitably over-the-top behaviour. Nicolas Cage and Chloe Grace Moretz obviously strike a chord as the most unconventional pair of assassins since Jean Reno and Natalie Portman in ‘Leon’: many of the most crowd-pleasing moments involve their antics, and their image is being cannily exploited in the film’s controversial marketing (11-year-old kids with guns and knives will always provoke a reaction). But leading man Aaron Johnson and ‘Superbad’s Christopher Mintz-Plasse deserve praise too, portraying their heavily-layered characters with the right mix of dysfunction, vulnerability and noble intentions.

Mark Strong also impresses as D’Amico, loathsomely vicious but also somehow believable, with everyday problems of his own. Strong must be the busiest baddie in Hollywood right now – for years he seems to have played nothing but villains. Just as well then that he’s also probably the best around at the job.

The only flaw in the film is that its various different elements all seem a little familiar. Explicitly referencing classic comic book characters is one thing, but the film almost ends up feeling like a patchwork quilt of its influences, from ‘Watchmen’ and ‘The Incredibles’ to ‘The Matrix’ and ‘Kill Bill’. Indeed, the Tarantino-esque flourishes – while not frequent enough to become overbearing – can seem unnecessary, especially since Vaughn has such a strong style of his own. His use of snappy editing and clever transitions keep the film fresh and surprising when the story, no matter how subversive its details, threatens to become predictable. It eventually does turn a little too cartoony and unrealistic, but it’s never less than a whole lot of fun, and while the ending feels a world away from the serious points the film was making and issues it was addressing at the beginning, you’ll be hard-pushed to find a more satisfying finale to a modern blockbuster this year. 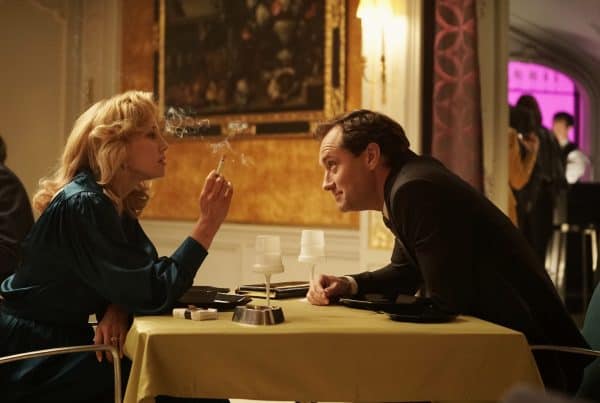 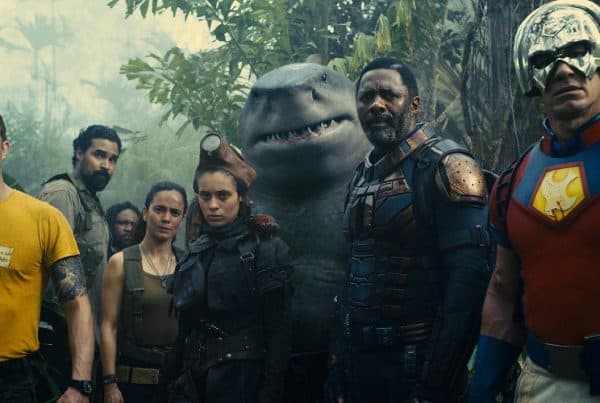