With Michael Fassbender set to play the lead role in the upcoming ‘Assassin’s Creed’ movie, you wouldn’t think you would get to see a glimpse of what he’ll look like in that film in the latest adaptation of William Shakespeare’s ‘Macbeth’ for the big screen. Strangely enough, that is what you get, because Justin Kurzel’s adaptation of the famous play is more of a war film than previous adaptations, and Fassbender’s Macbeth is found hooded and armed with knives, eerily reminiscent of what he will be doing in his future role. No surprise that Kurzel is also helming that project. 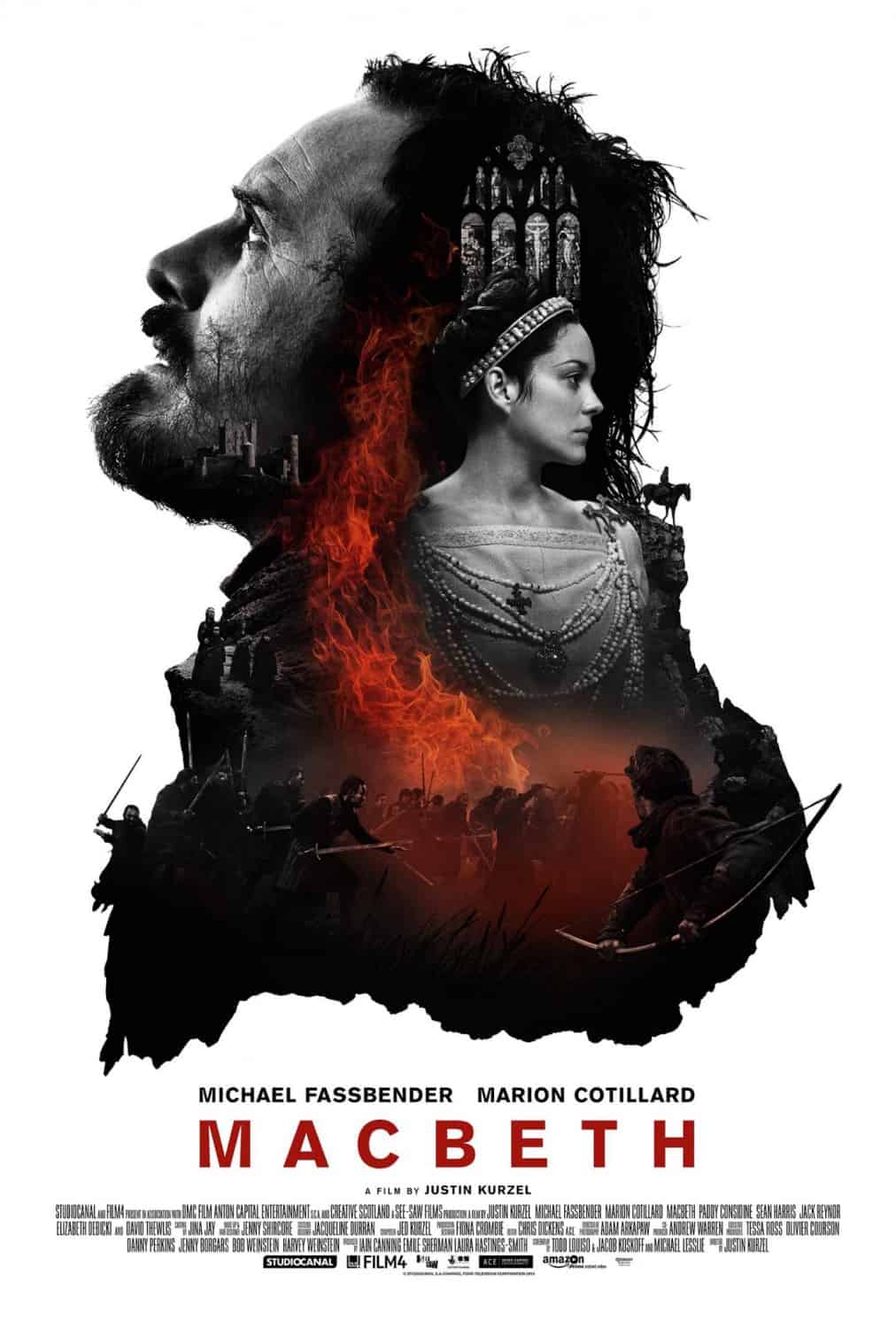 Assassin related stuff aside, this adaptation of ‘Macbeth’ exudes style, eschewing quite a lot of Shakespeare’s dialogue in favour of striking visual imagery which ranges from breathtaking landscapes to visceral depictions of battle. It still provides plenty of space for the actors to bring the words to life, Fassbender and Sean Harris in particular excelling in their roles as Macbeth and Macduff respectively, but the emphasis here is far more on cinematography than ever before. Indeed, while Marion Cotillard is great as Lady Macbeth, the iconic character pales in comparison to Macbeth and is also dwarfed by the setting, the visuals replacing a lot of the narrative work she would have done. She feels far more incidental than she does in Shakespeare’s original play and in many adaptations since.

Cinematographer Adam Arkapaw’s work is excellent, the dark pallet of the film bringing an added significance to the dark subject, which itself is altered slightly to be more of an examination of the nature of post-traumatic stress disorder than anything else. Arkapaw also helps Kurzel to turn the witches of the story from something absurd and almost comic in the original play to downright creepy ethereal beings that are anything but comic, epitomising madness in the best way.

This film’s strengths come not from flashy or dramatic portrayals of Shakespeare’s famous speeches, but from considered direction and a clear goal to disturb and display the effects of trauma on a man previously loyal to the cause. There are so many adaptations of Shakespeare’s work in cinema that any time a film attempts to do something different, it is a welcome twist to the familiar tale. This is why Joss Whedon’s stripped back version of ‘Much Ado About Nothing’ was so successful, clever direction together with great acting providing the framework for a great adaptation. The ingredients are different here, breathtaking visuals coming to the fore and grounding the story in a landscape that reflects the moods of every character. A wonderful technical achievement and a startling and alluring piece of cinema that benefits from a fantastic central performance from Fassbender, whose evil grin is as magical as they come, and revels in its ability to bring these age old stories in to a new era of visual mastery, even if its liberal approach to using all the source material may put off hardcore Shakespeare fans.