Film Review: ‘Me and Earl and the Dying Girl’

Home » Film Review: ‘Me and Earl and the Dying Girl’

At first glance this film looks like it’s going to be a by-the-numbers piece intended to siphon money from the popularity of last year’s clever and powerful ‘The Fault In Our Stars’ by focusing on similar themes and marketing itself as an unapologetic weepie that may be in danger of being excessively mawkish rather than smart. Indeed, it’s not blessed with the catchiest name in the world and while its trailer definitely makes it out to be a little different from the crowd, it’s easy to think that the film is simply going to rehash old ideas and be happy to rake in the resulting rewards. 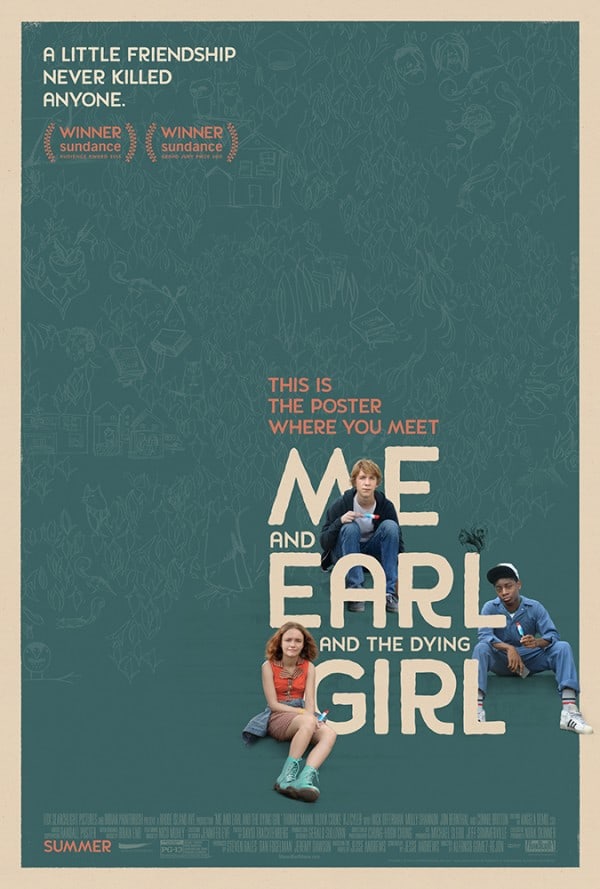 The fact that this is not the case suggests that sometimes we don’t have to be so cynical after all. ‘Me and Earl’ is actually a wonderfully written, funny, poignant and impactful film that breaks your heart but at the same time warms your soul. Novelist Jesse Andrews adapts his own novel for the big screen and has succeeded in writing one of the finest scripts of the year, full of so many great little moments that stem from his ability to write incredibly witty dialogue. Together with astute direction by Alfonso Gomez-Rejon, whose only previous full director’s credit is a small slasher film, but who helms this film like he’s a veteran of the coming-of-age story, they make a very strong team, each scene fitting wonderfully with the next. The best thing about the collaboration is that while Andrews ensures that the relationships between the characters are completely believable, which they are for the most part, Gomez-Rejon ties in all the film’s quirkier elements perfectly, ensuring that where there could have been a disconnect there isn’t one at all.

While we must congratulate Andrews and Gomez-Rejon on a job wonderfully done, praise must also go to a cast that was absolutely brilliant the whole way through the film. Thomas Mann encapsulates the main character Greg so perfectly it will be hard to imagine him as anyone else, and brilliant work also comes from Olivia Cooke and Ronald Cyler in the main supporting roles, with wonderful aid from the likes of Nick Offerman and Jon Bernthal as well. They all play their part in making sure the pieces fit together, with Offerman in particular on top form as Greg’s eccentric father.

Yes, the film has its contrivances and yes, it sometimes gives in to a couple of tropes in the coming-of-age genre, but these can be forgiven incredibly easily not only because of how charming and sincere the film is, but also because of its ability to be funnier than most comedies out there whilst really tapping in to raw emotion when it wants and needs to. ‘Me and Earl and the Dying Girl’ is a fantastic example of a coming-of-age film done right, its poignancy and insight mixed in brilliantly with bursts of humour and characters that are original and quirky enough to feel truly sincere, resulting in a film of real heart and quality.