Tom Cruise does his own stunts. We may as well get that out there from the very start, because the frequency with which this fact is being used to sell the fifth installment in the ‘Mission: Impossible’ franchise is high to say the least. “Not only can Tom Cruise do some acting”, we are told as we watch some talk show host prepare to blow our collective minds, “but he also does his own stunts! Isn’t that just the best?!” Then the man himself appears and grins wilfully for a while as we stare wide-eyed at the television screen in sudden realisation that we simply must see the next ‘Mission: Impossible’ movie because it will feature Tom Cruise doing extremely dangerous things entirely for our benefit one more time. This is all fine and dandy, but there still remains the matter of making sure the film around which Mr Cruise gets up to all his shenanigans is as entertaining as those nailbiting set pieces they love setting up so much. Luckily for us, much like Brad Bird’s fourth installment that offered a marked improvement from the previous two films, director Christopher McQuarrie creates a film that recognises its own ridiculousness and proceeds to take you on a mindless action ride that manages to engage without ever being too taxing on the brain. 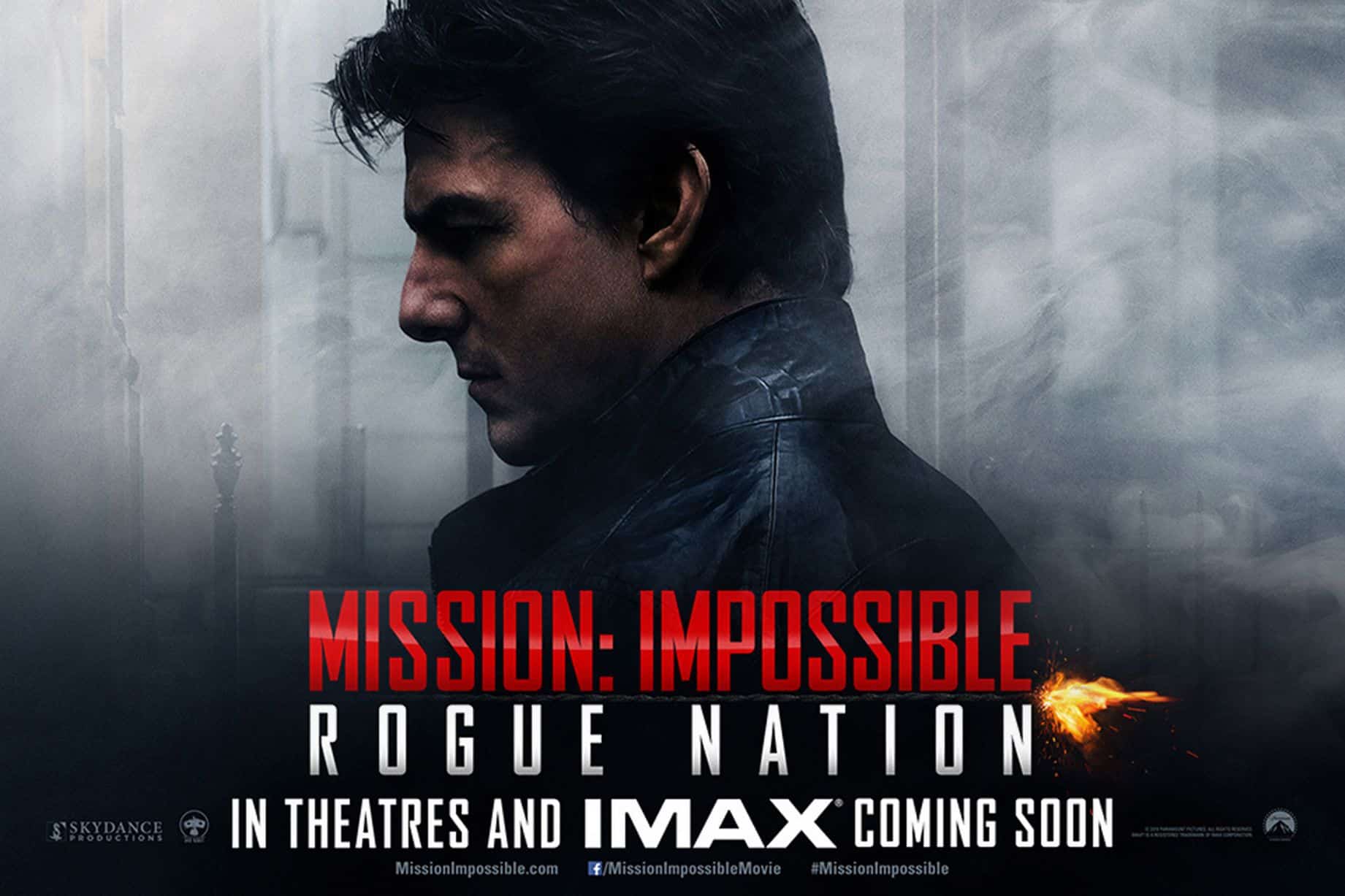 The cast remains very strong, with the likes of Jeremy Renner, Simon Pegg and Alec Baldwin joining Cruise on screen to provide some acting gravitas, and they all play their parts in ensuring the film is fun to watch. It’s refreshing that the film is happy to accept its ridiculousness, never really trying to convince us that it wants to be a thriller in the mould of some more high-brow spy films, but merely uses the plot as a means to reach its ultimate end, which naturally is Tom Cruise doing crazy things, and it’s just about convincing enough anyway that it makes sure we’re engaged with it enough to believe that Cruise is doing all the stuff for a purpose.

Because it manages to engage us though, it’s hard not to notice the problems with it. The criminal organisation that Cruise’s Ethan Hunt is chasing this time seems to have no particular motive beyond a vaguely sketched out mumble from Sean Harris’ main bad guy for example, but in the end it’s easy just to laugh it off and continue to enjoy the spectacle, of which there is plenty. For everything that doesn’t work like the above and the complete absence of chemistry between Tom Cruise, and Rebecca Ferguson, the Swedish actress who plays the femme fatale of this piece, there is a rip-roaring chase sequence with a well-timed joke, often uttered by Simon Pegg, to counteract it. Flaws are easier to forgive when a film’s ambitions are clear, and there has never been a better example of a film where you can happily switch your brain off for a couple of hours and enjoy some well shot action scenes without really worrying too much about the mechanics of the plot, which does what it needs to do in getting the film from A to B, than this one. If you’re a fan of the series, then ‘Rogue Nation’ certainly doesn’t disappoint.