Lenny Abrahamson’s back catalogue has up until now featured a diverse range of films, none of which have really threatened to break in to the mainstream but have been received very well by critics. ‘Room’ has already made by far the most money of his films up to date, and is getting him his first recognition from major awards ceremonies, with four nominations at the Academy Awards and a couple at the BAFTAs too. Abrahamson has always been a talented director, but this film is more effective and engrossing than his previous effort, the interesting but flawed ‘Frank’. 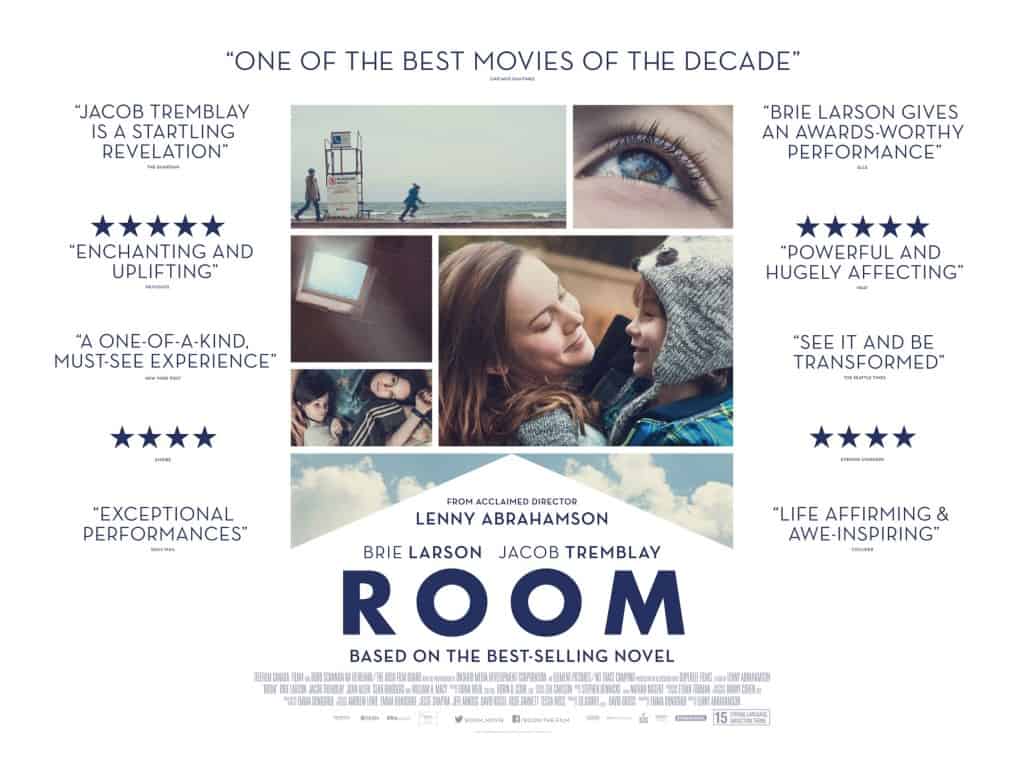 The thing that the film is most reliant on is its acting performances. Brie Larson and Jacob Tremblay had a massive job on their hands, and while Larson, an accomplished actress who has a history of strong performances has always been up for a challenge like this, Tremblay was the most important piece of the puzzle, and he is expertly managed by Abrahamson. His chemistry with Larson is utterly believable and the young actor gives an excellent performance that’s way beyond his seven years and up there with the best performances ever seen by such a young performer.

With the basis of Larson and Tremblay established, Abrahamson knew he had a strong foundation from which to work, and sets about creating the atmosphere of the film. He wonderfully juxtaposes the views of his two main characters. For Larson’s character, known as Ma by Tremblay’s Jack, the Room of the title is a prison which she has inhabited for seven years, with release a distant dream. For Jack though, Room is a whole world that seems gigantic, and he finds it hard to get his head around the fact that there’s more to it. Abrahamson has a way of making Room look larger than it is at times and painfully claustrophobic at others to reflect these points of view, and bathes us in the tension of seeing whether Ma will ever prove to Jack that there’s more out there with some excellent work by cinematographer Danny Cohen.

Far from what you might expect, ‘Room’ is a powerful and uplifting film that doesn’t go the route of a harrowing horror film but takes us on a journey of understanding and hope that guides us through the characters dealing with trauma and emotional pain but also focusing on the power of the human spirit and the way it can overcome adversity. Abrahamson deals with all those challenging topics with respect and honesty, making for an engaging and emotionally resonant experience.