Film Review: ‘Sound It Out’

Home » Film Review: ‘Sound It Out’

“It’s a small film about a small record shop on a small road in a small town,” describes director Jeanie Finlay about her new documentary ‘Sound It Out’. With this in mind, one might have smaller expectations and, truly, I was bowled over! ‘Sound It Out’ was absolutely brilliant. 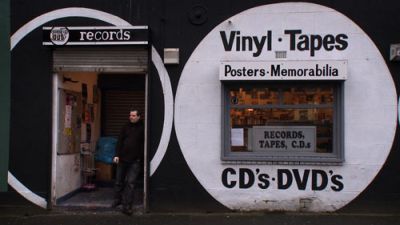 A documentary, primarily, about the last record shop in Teesside and its owner Tom Butchart, the day-to-day encounters with the various ‘colourful’ characters of the area and the shop’s history. Yet the film is about so much more; it engenders questions and opinions on recession in the North, hobbies which border on addiction, camaraderie, loneliness, boys being boys and, above all, it is about music!

The music takes centre stage in this documentary, with a soundtrack by artists Saint Saviour and Status Quo, and every individual featured has their own opinions expressed; in fact, we are lucky to follow most customers and see their homes, their lives and hear about their past. One such individual, Shane, possibly the world’s biggest Status Quo, fan begins the film as nothing more than a fanatical curiosity, yet, as we progress and he lets us into his life and troubled past and we begin to understand, though just the tip or the iceberg, how and why he needs his music and ‘Sound It Out’ so badly. 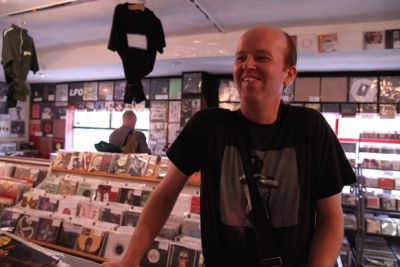 The same is also shown with rappers Fankie and John-Boy, two self-proclaimed delinquents who now channel their energies into music instead of drinking. The ‘locals’ of ‘Sound It Out’ provide the backbone of this documentary, inspiring humor and empathy alike whilst never being made a show of (à la ‘The X Factor’). Finlay stays decidedly neutral, showing the people as they are, and even noted in a Q&A after how she did not want to cut the footage down to make people appear stupid. Her intention is they are simply ‘people’ for better or worse.

At one point, the importance of ‘Sound It Out’ as more than just a store is drilled home; “He is our dealer” proclaims one customer while long shots of empty, industrial Teesside streets and closed down businesses glaze past in a montage, they express their fears of the shops encroaching demise.

Various interviews reveal the boredom of many and their social pace is almost set by the stability of ‘Sound It Out’. Or at least for the men; “99% blokes and one percent female,” says Tom about the clientele, and this is exactly another layer in the documentary. We see quickly how men (or rather boys) collect, horde and fixate on music, how they don’t wish to grow up and, most importantly, maintain a brotherhood with others regardless of their background or social status. It reminds us of our own foibles and obsessions, without which we would be less human – and I believe this is the life blood of ‘Sound It Out’. 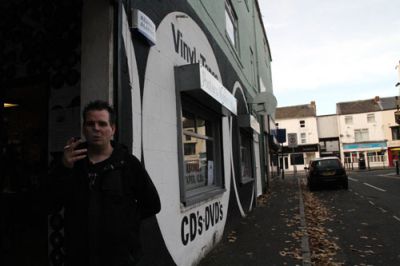 It is an incredibly personal film displaying the personal interests of many and their personal connection with the shop; there is so much more interwoven throughout than I can express and has to be viewed and supported by as many people as possible. Like the stickers we all received after the viewing, the word of the documentary and the store itself needs to be spread; source it, watch it and bring everyone you know, you can’t help but love ‘Sound It Out’.

You can find out more about the ‘Sound It Out’ project on its website.