With the award for Best Actress under her belt, Julianne Moore has been recognised for the talent that she has always had, and a chain of very good performances, including most recently David Cronenberg’s excellent ‘Maps to the Stars’, a film where she excels at portraying a vitriolic, acidic presence in the shape of the thoroughly unpleasant Havana Segrande, has always been testament to that. Here her role is entirely different to that of Segrand. She plays Dr. Alice Howland, a Linguistics professor at Columbia University who discovers that she is suffering from early onset Alzheimer’s disease. 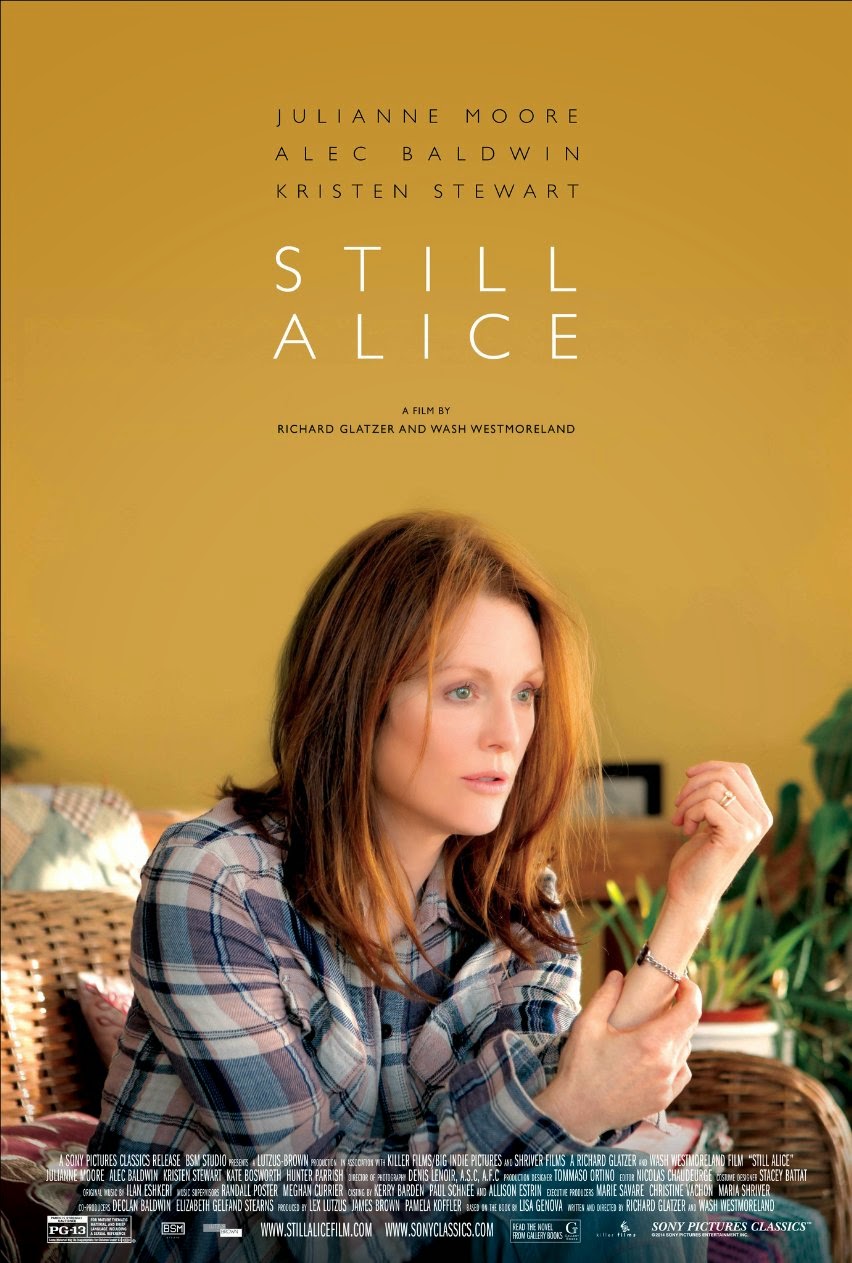 And she is once again brilliant. It’s easy to see why she dominated what was a strong field at the Oscars, such is her ability to get under the skin of a character and encapsulate her so entirely. Her anguish, her resilience and humanity all shine through and she does an exemplary job of showing just what Alzheimer’s disease does to you with a performance that has been praised by those with close experience of it. Brilliant supporting performances come from Alec Baldwin and Kristen Stewart in particular, who excel as Alice’s husband and daughter respectively and whose reactions are pivotal to the story.

Ultimately ‘Still Alice’ is a heartbreaking, real and honest portrayal of a disease that slowly and devastatingly takes your most cherished memories from you, and the fallout on a family that has to try to keep strong through all the hardships. Directors Richard Glatzer and Wash Westmoreland certainly make sure the story is as affecting as possible, without ever giving it a melodramatic or artificial edge, always focusing on the reality of the situation. It’s an example of how to approach a subject like this, with respect and a lot of care, ensuring that we care about the characters’ lives and what happens to them, throwing us in to the horrible reality of discovering that Alzheimer’s can rear its head when you least expect it, but also showing us the humanity and the love that people provide one another, all bolstered by wonderful acting performances and a very good script. It’s hard to think of a film that’s as affecting and honest as ‘Still Alice’ and it’s easy to see that it’s a worthwhile and very powerful film that shines a light on an area that a lot of people are either reluctant to acknowledge or just haven’t thought about, dealing with its subject matter in such a way as to illuminate and engage. It’s tragic that it turned out to be Glatzer’s final piece of work before he passed away after a long battle with ALS, but it’s definitely a work to be proud of, one that’s quiet and unassuming, but definitely powerful, with a brilliant central performance at its heart that definitely deserved all the accolades.