Ben Stiller’s remake of the popular film from the 1940s has been in the pipeline for years and having gone through many combinations of directors, writers and lead actors from Steven Spielberg to Sacha Baron Cohen it finally landed at the veteran comic actor’s feet, who decided to both star and direct. Managing to assemble a cast with the likes of Kristen Wiig and Sean Penn, he transforms the story in to one about a daydreaming mistreated worker at a nature magazine to amusing and heartwarming effect. 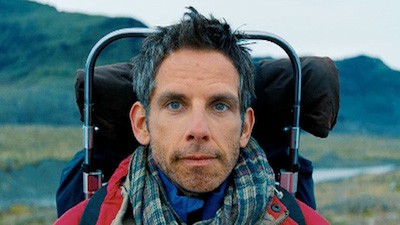 Stiller plays him in his trademark style, bemused and baffled by events around him, and the film itself follows in the same vein, playing like a standard personal journey story complete with travel abroad to save his job, impress his love interest and even find himself, so it sounded like just the sort of sickly sweet, insufferable cocktail that would make for truly tedious viewing. But it wasn’t.

His performance as Walter Mitty is endearing, and the daydreaming sequences genuinely fun. The script, written by Steve Conrad, manages to blend the right amount of humour with its more cheesy dramatic elements. The adventure sections are by far the most exciting and gripping elements of the film, with lots of epic wide shots of truly stunning scenery and, having already done enough to get us invested,  is not just a passive enjoyment of surroundings but genuine involvement as we’re swept along for the ride.

‘The Secret Life of Walter Mitty’ certainly may be too saccharine for some, and it definitely needs you not to be expecting anything particularly transcendental or groundbreaking, but it is certainly great fun to watch and any oversights regarding common tropes of the genre or even some slightly sub-par characterisation regarding Kristen Wiig’s well performed but somewhat underwhelming character are easily forgiven when balanced against the amount of fun it’s possible to have with the film. And hey, it’s always nice to see Sean Penn.