The story of Philippe Petit’s famous wire walk between the Twin Towers of the World Trade Center in New York has been told before, namely by James Marsh’s 2008 documentary ‘Man on Wire’. It’s not as if this is a bad telling of the story either. Indeed, Marsh’s work is visceral, tense and powerful; an example of a documentary made so well it rips you along for the ride, even if the film contains no actual footage of the wire walk itself. Now we have a theatrical retelling of the story, filled with some of Hollywood’s finest. The likes of Joseph Gordon-Levitt in the lead role as Petit and Ben Kingsley as Petit’s mentor Papa Rudy are present this time, and while director Robert Zemeckis’ portrayal lacks the same level of believability and takes its liberties a little too far, it is certainly a visual spectacle that may be unparalleled this year thanks to its extended sequence up on the wire, the only area where it manages to outdo Marsh’s work. 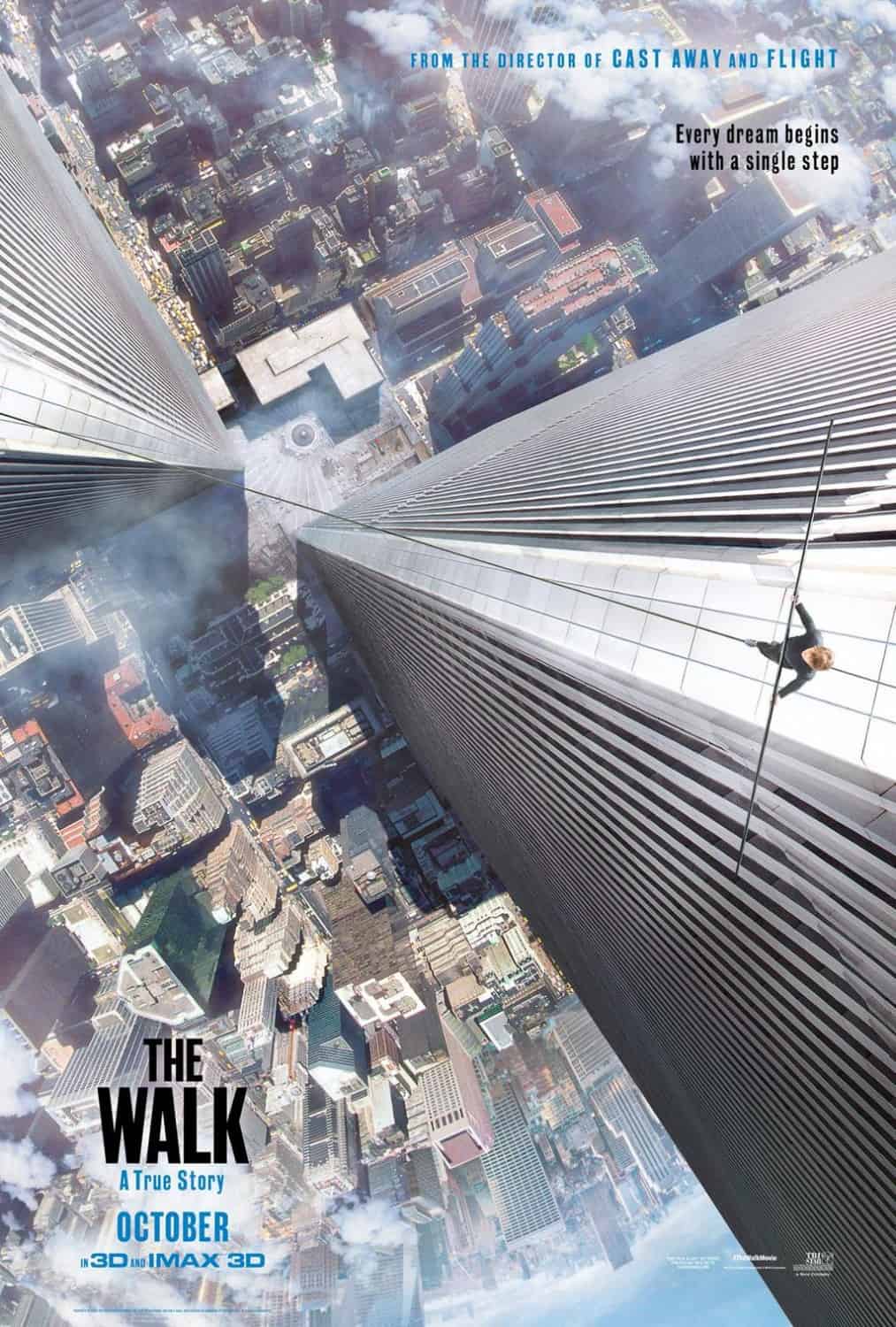 Despite Gordon-Levitt’s best efforts and his undoubted acting prowess, the accents in the film cannot be said to join the spectacle as one of the film’s strengths. His French accent sounds like it has come straight out of Monty Python, so over-the-top and comical it is. He does make up for this by displaying his acting chops, giving a strong performance overall as Petit and ensuring that we aren’t too disconnected from the main character that we don’t care about the conclusion. The film’s other major hammy accent comes from Kingsley, whose character is given a mysterious background almost just so he could have as much fun with it as possible.

The film plays out like a heist movie in the end, one which is quite fun to watch unfold but would just drop off in to obscurity if it wasn’t for the breathtaking finale. Being that high up above New York was in itself pretty intense, but the sequence itself is shot in such a way that you as the audience member also get to experience that heady sensation of walking across a wire over 400 metres above the ground. ‘The Walk’ may not be innovative or really tell the story of Petit’s great accomplishment as well as ‘Man on Wire’ did, but in a visual sense it’s a treat, and one worth experiencing.