‘Zombieland‘ is a fresh look at zombie apocalypse life and it’ll be out on DVD to buy tomorrow (Monday, March 15). 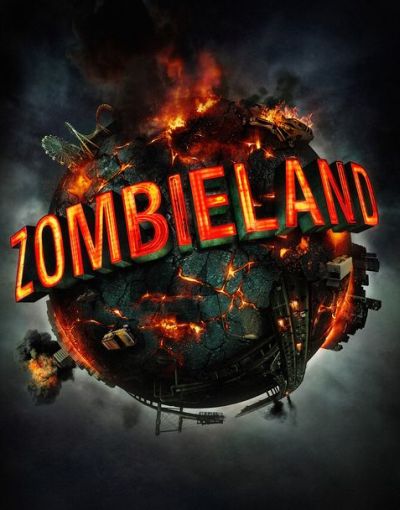 In the last five years. the huge critical and commercial success of ‘Shaun Of The Dead’ has seen many films try to emulate its canny mix of sweet-natured spoofery and surprisingly full-blooded horror. However, what really distinguished the ‘Spaced’ boys’ first celluloid outing was its warm observation and fearless incorporation of the banal and everyday into this nightmarish but by now clichéd scenario. The absurd reality of such situations was explored to the full – could you bring yourself to use your beloved records as weapons? Would you be able to resist a free bar if you were boxed into a corner by zombie hordes?

This is also one of the things that distinguishes ‘Zombieland’, a distant US cousin to ‘Shaun’. Wouldn’t you indulge in some cathartic anarchy if there were no consequences? Wouldn’t there be some satisfaction to be had in finding imaginative ways to dispatch the undead? ‘Zombieland’ looks at both the pros and cons of its characters’ existence in the familiar world-gone-dead. It actually carries many parallels to recent survivalist parable ‘The Road’, even if it couldn’t be further from that story in tone and style. However, even though the mood is lighter, it still manages to find something worthwhile to say.

Jesse Eisenberg stars as Ohio, reprising his twitchy nerd persona to more empathetic effect here than in ‘Adventureland’. He’s travelling to his namesake hometown to see if his parents are still alive, when he stumbles upon Tallahassee (Woody Harrelson), a jaded but deadly road warrior with a severe Twinkie obsession. The two complement each other well, and it’s great to see Harrelson being so effortlessly funny, cool and kick-ass. On their travels they meet ‘Superbad’s Emma Stone and ‘Little Miss Sunshine’s Abigail Breslin, both of whom take great relish in subverting expectations of the roles girls usually play in these kinds of movies.

And so the movie itself also finds inventive ways to be subversive: on-screen captions break the fourth wall to puncture the tension, a Hollywood legend pops up as himself and almost steals the whole film, and the zombie-slaying potential of amusement park rides is realised to crowd-pleasing effect for the spectacular climax. For some, the film may be trying a little too hard to be quirky. But the zombies are impressive, their attacks and deaths promote gleefully splattery, and the humour is the icing on the cake.

While the film starts and ends with a bang, it takes a surprising detour in the middle for some contemplative character development. This relatively zombie-free stretch may frustrate those expecting the non-stop action of the first 30 minutes to have set the pace for the whole film, but by taking his foot off the pedal, first-time director Ruben Fleischer bravely gives his cast a chance to inject some real heart into proceedings. This makes the film’s ending all the more satisfying, and makes the viewer look forward to spending more time with this motley crew, whether that be by watching this excellent film again, or waiting for the recently-announced next instalment. To be shot in 3D, with the same writers and cast, if it’s anywhere near as enjoyable as this, it can’t come quickly enough!