Disclaimer: this review was made possible thanks to a screener provided by the film’s UK distributor, Lightbulb Film Distribution. 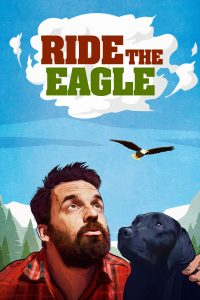 The COVID-19 pandemic films continue apace.  We’ve already been inundated with movies and TV shows either about or conspicuously tailored around the restrictions endemic to making a piece of fictional art whilst a worldwide viral plague goes about shutting everything down – a non-comprehensive list: Host, Malcolm & Marie, Locked Down, Together, Songbird, Staged, Copshop, The End of Us, the Homemade anthology – and that tidal wave shows no signs of slowing up any time soon, in spite of the fact that only Copshop and Staged (plus maybe Host if you weren’t hung up on Unfriended having already done that premise pretty darn well) were actually any good.  But I get the compulsion in all these filmmakers who have and will continue to make quarantine/pandemic movies.  Remaining forcibly locked up and isolated for so long with no end date in sight, one gets restless and starts to feel bad about not channelling that energy into something other than new Personal Bests for the time it takes to scarf down an entire Pringles barrel.  If you have the financial stability and technical means to make a movie in order to pass the time and get that nagging creative energy out of your system, why not go for it?

The results are, as mentioned, rarely better than “pretty good” and mainly get their interesting aspects as a result of that meta-text.  Where the attentive viewer starts to see how the various directors, writers, cinematographers etc. work around the necessary health and safety restrictions in order to make the art; whether the necessarily scaled-back sets and shooting locations can be filmed with enough variety and/or beauty to remain engaging for a feature runtime; how the themes explored relate specifically or inextricably to this still-ongoing moment in time.  They’ll certainly be curious to look back on as a bizarre trend in a decade or so once the film industry at large has adjusted its machinery to our new normal and can reliably make movies within it again, but until that day comes we’re gonna keep being inundated with pandemic movies.  Maybe before the well runs dry we’ll even get a few that don’t focus on the rich and privileged!  Wouldn’t that be a true novelty!

Anyways, as you could probably discern by the intro, Ride the Eagle is a pandemic movie through and through.  Writer-director Trent O’Donnell (making his feature debut after a decade directing sitcom episodes) and writer-star Jake Johnson conceived and filmed the comedy during 2020 as the worst of the social effects from the virus continued to stretch ever onwards, wishing to make a film about “people coming together.”  Of course, that together is more spiritually than physically and not just because there are maybe just three scenes in the entire movie where Johnson’s Leif shares actual tangible screen space with a person.  Leif is the only son of Honey (Susan Sarandon), a spiritual off-the-grid sort who abandoned him at age 12 to go join a cult, an act that Leif refused to ever forgive her for.  Honey passes away at the film’s start from cancer, and in her will leaves Leif and his very good dog Nora her fancy log cabin in the forests just outside of California, albeit on the condition that he fulfil the contents of her video checklist.

Said checklist ends up being rather quirky in the way that most indie self-actualisation dramedy character pieces typically entail.  Leif, you see, is the kind of quietly stunted stoner who never really gets in touch with his feelings the way it would be healthy for him to do; a man who emotionally shuts down and instantly cuts off anybody who wrongs him in any way rather than process his anger and grief lest they harsh his mellow.  By effectively forcing him to a secluded cabin where he has no commitments for a week besides eventually completing her checklist, Honey aims to, from beyond the grave, get him to work past those hang-ups and mend the fences she was unable to (and he was unwilling to) in her lifetime.  Y’know: express yourself, call up the one who got away (D’Arcy Carden) and apologize, make art without fear of looking stupid for doing so, go on a hike to appreciate the fragility of life, and so forth.  Kinda like what those of us financially stable enough to be able to afford that self-reflection time during various lockdowns may have also attempted to do, just without fancy the picturesque cabin in the woods.

And it is a very picturesque and relaxing cabin in the woods, I must admit.  Cinematographer Judd Overton somewhat heightens the natural light from the outdoors but avoids making it feel artificial and cheap by utilising colour gradients and tones which are warm and inviting.  If it sometimes comes off more as a model cabin than a lived-in one, it’s an extremely lovely wood-panelled model cabin which matches the relaxed inviting vibe of the film at large.  Ditto for the many vast, drone-assisted (and frame-dropping) shots of the surrounding lakes, trees and general foliage which are expansive and isolating but never lonely or oppressively so.  It’s a very green and appealing looking film, reflected in the majority of the performances.  Everybody’s playing to type – Johnson is in his Joe Swanberg Character lane, Sarandon is a kooky yet cool weed-loving mother, Carden flits between charming awkwardness and teasing confidence, whilst J.K. Simmons skulks around the perimeter in a role and performance carbon-copied from his turn in the excellent Palm Springs – and it fits the low-stakes material.

Direction, resultantly, is pretty basic and hands off, rarely going for any major style even during the brief flirtations with a slight thriller menace from the prior-referenced initial J.K. Simmons appearances, but it works in creating a nice easy-going vibe.  The one major note on the technical end that is worth talking about comes from the conscious decision to stage and edit the recurring phone conversations between Johnson’s Leif and Carden’s Audrey as if they’re stood or sat facing each other despite being on opposite ends of the US coast.  Often in side profile, wide-angle lensed, almost match cut but with each person on their side of the sofa or room, still emotionally connected and potentially intimate despite being eight-hours’ drive apart from one another.  The pandemic is never referenced in-film, but the visual and editorial composition of these phone calls absolutely have pandemic-enforced separations on the brain and provide a quiet fantasy visualisation of something many of us undoubtedly went through at some point in these last 19 months.

That all said, none of this adds up to a particularly interesting narrative.  Sure, it’s pleasant, agreeable, somewhat comforting, a real vibe, but Ride the Eagle never manages to achieve much more than those passing sensations.  Characters are basic and their baggage never manifests into properly compelling drama.  The explorations of connection, regrets left to fester, and the shortness of life don’t amount to anything other than textbook 60s/70s hippie/New Age spiritualism wrapping up basic self-actualisation life lessons about seizing the day and all that.  Committing so totally to the non-threatening comfort vibes means that the occasional bursts of drama which are meant to be moving lack follow-through or true catharsis, especially in the case of a late-film scene with Simmons which is also somewhat carbon-copied from a similar point in Palm Springs.  Worse, the comedy is almost non-existent, relying near-exclusively on slamming various vulgarities together Mad Libs style and cropping up at what feel like obligatory intervals to remind viewers that they are watching a supposed comedy.  I got some chuckles during the phone conversations between Leif and Audrey, but that’s about it.

So, in the end, Ride the Eagle is yet another piece of pandemic entertainment unable to transcend the moment in which it was created to be notable for any real reason beyond “was conceived and shot during the Hell Times.”  A film clearly made more out of creative restlessness and as a creative exercise rather than a burning necessity.  This is not to say that it doesn’t have its charms.  O’Donnell & Johnson do craft a nice comfy vibe with which to while away 88 minutes that’s unlikely to offend and I know all about the value such works can provide, plus the scenes with Johnson and Carden hint at a fun full-fledged rom-com the pair could star in at some point in the future if they wished.  Those qualities at least rank it above insufferable self-involved whinge-fests Malcom & Marie and Locked Down.  But Ride the Eagle is ultimately a rather basic movie which feels like something made more for its creators than the public at large.

Ride the Eagle is available on Digital from Monday.