As we now reach the third part of our Star Wars special, we close out the prequel trilogy. From the dreadful ‘Phantom Menace’ to the improved but still problematic ‘Attack of the Clones’, the trilogy has landed flat on its face, even with another slight improvement in the shape of ‘Revenge of the Sith’. This film sees George Lucas explore darker themes, maintaining that visual sensibility that he managed to find for the second film. What we get as a result is something that definitely has life in it, but is once again scuppered by sub-par writing and another terrible performance by Hayden Christensen in his pivotal role. 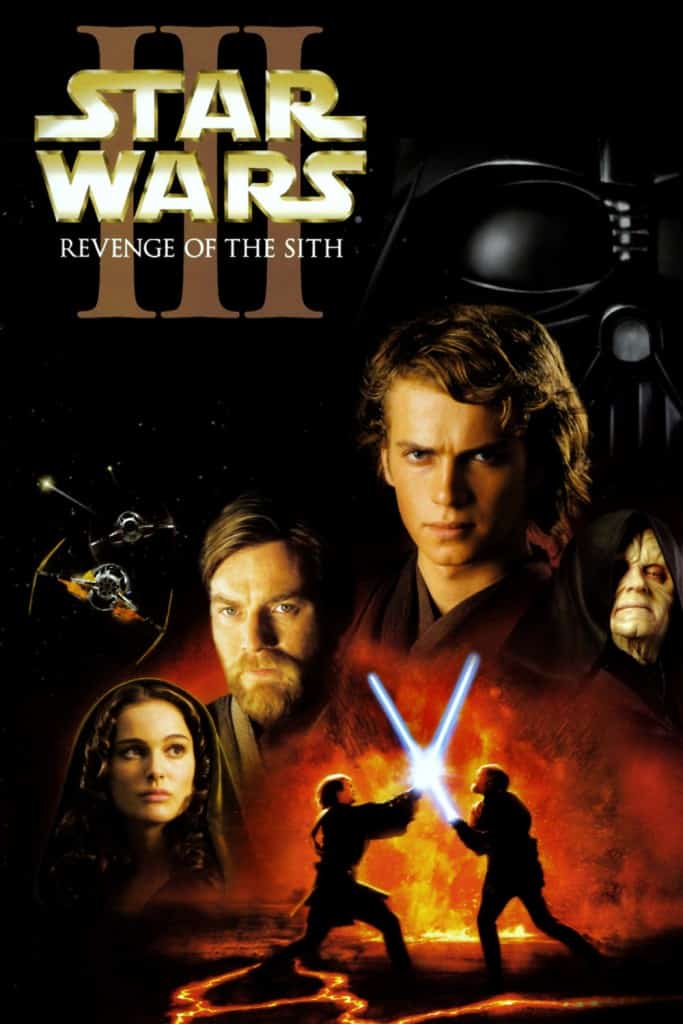 If ever there was a case of casting being fatal to a film series, the casting of Anakin Skywalker is a very strong contender. Hayden Christensen’s performance lacks any sense of believability, ruining scenes that could have been emotional or powerful by reducing them to laughable once again. He is partially saved by the fact that Ewan McGregor and Natalie Portman have evolved over the course of the series, becoming more comfortable in their roles and giving the performances that they were always capable of. Christensen hasn’t been helped by Lucas’ script throughout his run, and we get multiple laughable conversations that show that Lucas’ ability to write romance is stilted at best, and risible at worst.

There are strengths here. The plot of the fallen hero, while common, is here examined in an interesting way because it is mixed with the direct aftershock of that character’s actions. In a sense, the best thing Anakin Skywalker does for the films is set in to motion scenes that work much better without him. The montage sequence of the fall of the Jedi is a solid piece of work, and one of the few truly affecting moments in the film. It’s just a shame that it’s all ruined by dialogue that takes you out of the action and acting that barely manages to engage you in it. Ian McDiarmid suffers from being written in this film as a very generic villain, his performances in the previous two showed subtlety, which is actually more terrifying that being gargled and cackled at, sounding at times like a frustrated cat awaiting dinner. Sidious was always less interesting than Palpatine, and the loss of that nuanced performance is a shame, and one of the only triumphs of the prequel trilogy over its predecessors.

What makes the film truly disappointing is its damp squib of a finish. Christensen’s utter lack of chemistry with any of his fellow actors coupled with Lucas’ faith that his extra-weak romance truly works mean that all the moments that are supposed to be emotional fall flat, sometimes to the extent where they just become inadvertently amusing. It’s a shame, because for this film in particular, there’s a good idea there, it’s just executed poorly with only a couple of exceptions.