WWE ’12 is the ultimate wrestling simulation game. Yes, that’s a bold statement but it’s completely and utterly true. The graphics are fantastic (on the Xbox and PS3 versions at least) and delightfully in your face, the gameplay is interesting and the characters are varied. The game successfully recreates the energetic atmosphere of a WWE event clearly (through surprisingly decent voice acting and almost-emotive animated characters conveying almost-emotions) specifically for your living room. 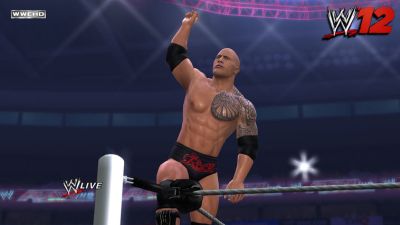 For this review, we will be focusing on the Wii version, and of course in doing this, we acknowledge that the graphics take a big hit, but regardless of the platform, as wrestling fans our team was always going to enjoy playing this one. Simply put, it’s a must for gamers who are also WWE fans, and we know there is a lot of you about.

What’s interesting here, is the choice of story-lines in the Road To Wrestlemania mode; you control Sheamus in the Villain story, Triple H in the Outsider story and finally as-yet-unknownwn custom character named Jacob Cass (who has just graduated from NXT) for the Hero story. You will doubtlessly be impressed with how each story ties in to the other from beginning with Sheamus to the end with Cass. You don’t finish one story and then have to click on to the next one like in previous WWE games, you can just go straight through seamlessly, and as such Triple H continues on from Sheamus and eventually takes part in a surprising twist that leads on to Cass’ entrance into the game. Again, we’re not going to tell you what these twists are, but the tie-ins between each story stand-out here and our props must go to the writers who in production were able to re-create the type of long-standing rivalries seen on Raw and Smackdown every week. Despite these positives, fans of more “popular” superstars like Randy Orton, Brock Lesnar and John Cena may miss their inclusion in a dedicated story, but with a competent WWE Universe mode to play about with, that sadness can be sorted.

Indeed, it is this mode that keeps on going (with over 60 unlockable items [belts, arenas and such]) to grab after success in Road To Wrestlemania, so, if you’re a fan of the genre, then you’ll find it very difficult to get bored quickly. With this option, you will find satisfaction playing and winning titles as your favourite superstars; everyone from The Rock to CM Punk (GTS!) via Justin Gabriel (whose 450 splash finisher looks nearly as awesome in-game as it does live), the legend Eddie Guerrero and Goldust – whoever you want, there’s not a poorly composed character on this one in our opinion. If you focus on one guy (or girl), then you will be rewarded with decent rivalries that will remain interesting for a few “months” in that mode.

There are some criticisms though. While the well-produced and thought-out cut scenes (detailing the interesting United Kingdom faction and WCW invasion, for example) are exciting to watch, there are a few too many throughout the Road To Wrestlemania mode, and often (most annoyingly), they will interrupt you mid-match, so if you’ve been kicking arse and are completely wiping the floor with The Miz as Triple H for example, then you can still lose after you hit the required button (the game will signify to push buttons [A+B on the Wii, for example] and access a cut scene) to complete your set objective and then lead on to more formidable challenges.

While there’s plenty of innovation on offer with WWE ’12, all of the favourite elements from the Smackdown vs Raw games are still here: you can creating arenas, logos (that’s a new one, mind), new finishers and entrance sequences alongside wrestlers. Of course, the Create A Wrestler option is always a lot of fun; we made a 7-foot, 500 pound monster with all of Zack Ryder’s moves. Hilarious stuff. Trust us on this.

All-in-all, THQ’s great efforts to enhance and evolve the arguably stale Smackdown vs Raw franchise have paid off, and in a nice move, the new predator technology has improved overall gameplay (more immersive camera angles and quicker execution are some obvious improvements) and more-or-less eliminated those annoying glitches (though, they are still there, and it’s particularly notable on the Wii version) where a wrestler will appear to be walking through the ring or in mid-air at times during a match. Really, there’s lots of cool and intricate elements to the game, so go and spend time on it, love it as much as you do your replica belt and “I’m Awesome” Miz shirt, because as a grappling fan, this will rarely disappoint you. It is the next evolution of WWE Games and we’re excited to see where THQ takes us next. Now, we’re taking a break to go and play as Santino Marella (… love his awesome “cobra” finishing move) and beat Randy Orton, Kevin Nash, Big Show and Kane in a Hell In A Cell…easy.

WWE ’12 is out in the UK on November 25. More downloadable content will become available following the release with special packs including new playable Superstars (including Shawn Michaels, Mick Foley, Macho Man, Michael Cole and Jim Ross) alongside Divas including Kharma and Trish Stratus. 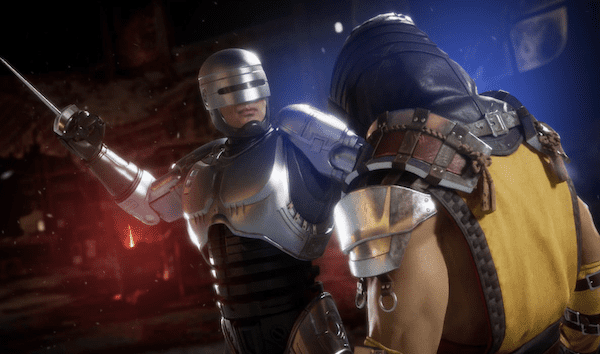